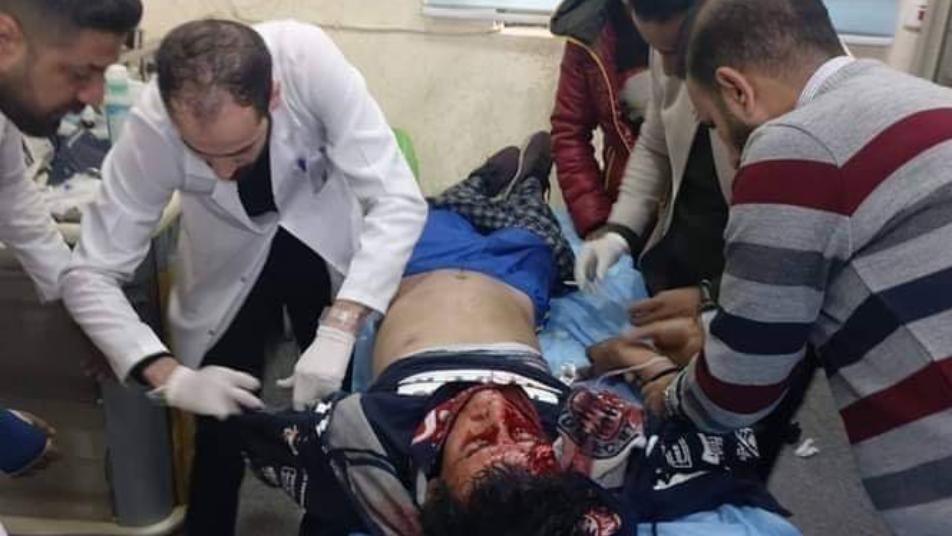 Orient Net
At least one Iraqi protester was killed on Sunday (January 5) in the Iraqi city of Nasiriyah by the Shiite Popular Mobilization Forces (PMF) militiamen, Iraqi activists said.
The protester succumbed to his wounds after he was taken to hospital.
Protesters set fire to the car which shot on them as they hampered the symbolic funeral of Qasem Soleimani from reaching their city.
Soleimani, the architect of Iranian regime's overseas clandestine and military operations as head of the Revolutionary Guards’ Quds Force, was killed on Friday in a US drone strike on his convoy at Baghdad airport.
Pro-regime Iranians have rallied in to show grief over the death of Soleimani, regarded as the second most powerful figure after Supreme Leader Ayatollah Ali Khamenei, others worry his death might push the country to war with a superpower.
US President Donald Trump on Saturday threatened to hit 52 Iranian sites “very hard” if Iranian regime attacks Americans or US assets.