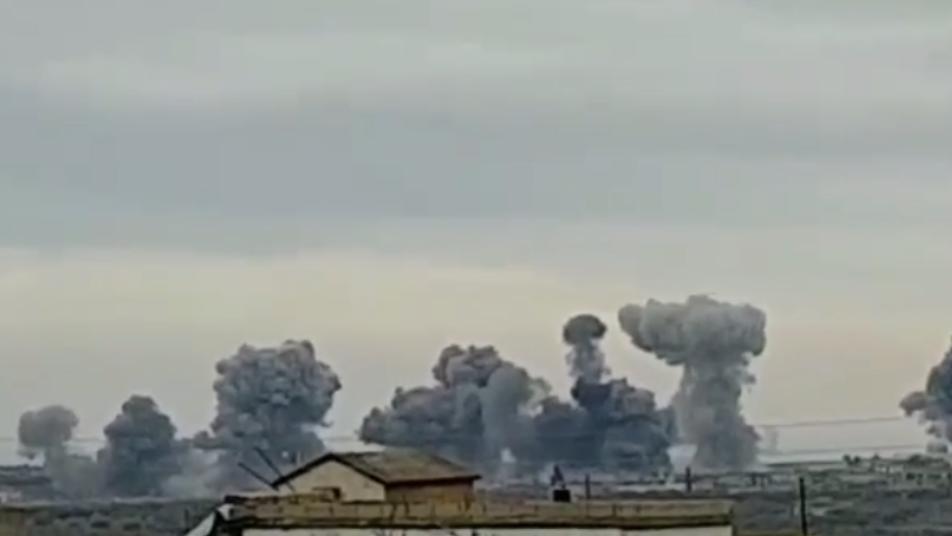 Orient Net
Russian warplanes flown by Assad terrorist pilots have conducted multiple airstrikes on towns and cities in Idlib southern countryside, Orient News correspondent says.
The Assad-Russian airstrikes have targetted al-Ghadfah and Maasaran in Idlib eastern countryside, machines guns of the jets targetted the highway and the towns on the its two sides near Maarat al-Numan.
Five children and four adults were killed on Saturday by an Assad missile that hit a school and a camp for displaced people in Idlib countryside, other areas were bombed, including Saraqib, Talmenes and Maarshurin.

The Syrian Network for Human Rights SNHR documented in its report released on Wednesday (January 1) 43 massacres committed by Assad regime's militias and 22 massacres committed by Russian forces in 2019.
The report documented the deaths of 3,364 civilians in 2019, including 842 children and 486 women at the hands of the perpetrator parties to the conflict in Syria, including 234 in December.