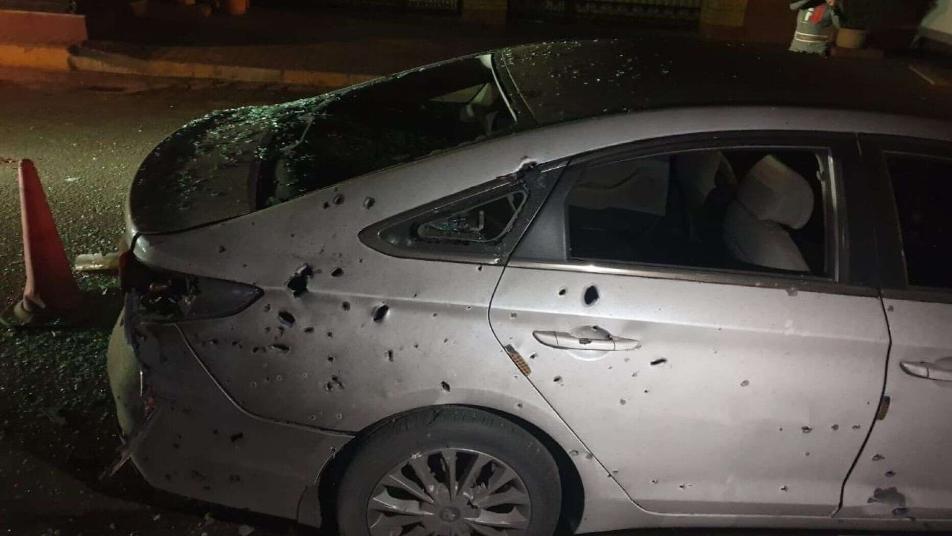 The aftermath of Jan. 4 rocket attacks in Iraq. (CJTF-OIR)
The US military confirmed Saturday that two rocket attacks occurred in Iraq near bases housing coalition forces, but no American troops were injured.
"The night of Jan. 4, two rocket attacks occurred near Iraqi bases that host Coalition troops in Baghdad and Balad -- a total of 13 attacks in the past two months," said Col. Myles B. Caggins III, a spokesman for the Combined Joint Task Force - Operation Inherent Resolve (CJTF-OIR).
According to the press release, the attacks occurred at 7:46 p.m. and 7:50 p.m. Baghdad time near Balad Air Base and the International Zone. No coalition troops were harmed, although the rockets might have hurt Iraqi civilians.
"We have increased security and defensive measures at the Iraqi bases that host anti-ISIS Coalition troops," Caggins said.
__new_in_first_article1__
"Our command places [the] protection of Coalition personnel and security partners as the top priority; we remain vigilant and resolute."
On Saturday evening local time, a series of rockets were launched and fell inside or near the Green Zone, which houses government offices and foreign embassies, including the US Embassy.
The US has ordered all citizens to leave Iraq and temporarily closed its embassy in Baghdad, where Iranian regime-backed militiamen and their supporters staged two days of violent protests earlier this week in which they breached the compound. Britain and France have warned their citizens to avoid or strictly limit travel in Iraq.
The Associated Press contributed to this FOX NEWS' report.
قيم هذا المقال