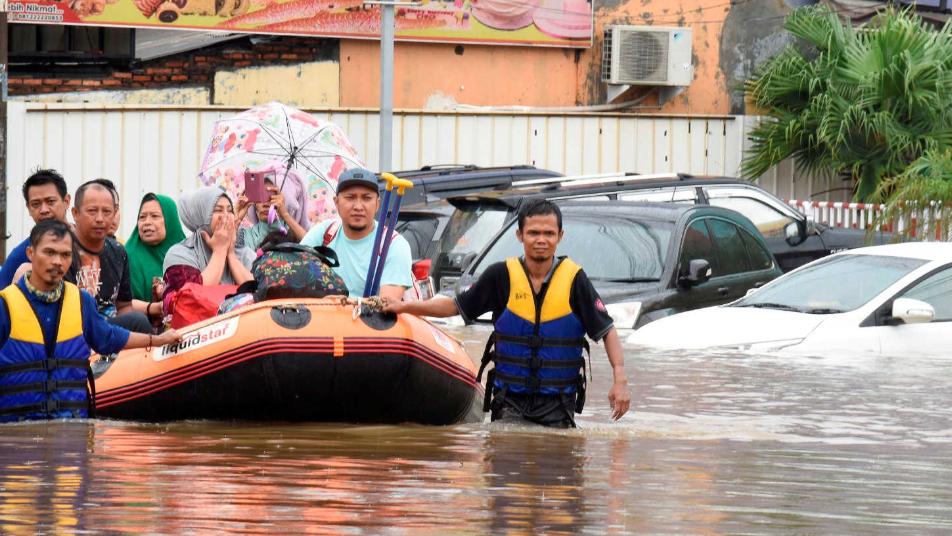 Orient Net
Flash floods inundated swathes of Indonesia’s capital and nearby towns on the first day of the New Year after torrential rainfall overnight, killing at least nine people and forcing thousands of people to evacuate, authorities said on Wednesday (December 1).
“As of 4 pm today, there are 19,079 displaced residents who have been evacuated at temporary shelters throughout Jakarta,” city governor Anies Baswedan told a news conference.
“The rain in Jakarta has stopped, now we are waiting for the water to recede”.
Indonesia’s disaster mitigation agency (BNPB) said at least 9 people had died in flash floods and landslides triggered by the rain in Jakarta and nearby towns.
Most of the deaths were due to hypothermia, though one was a teenager who was electrocuted by a power line, disaster mitigation agency spokesman Agus Wibobo said.
Television footage showed cars almost completely submerged and people wading through meters murky brown water in some neighborhoods of the capital.
Indonesia’s state electricity utility said it had switched off the electricity in hundreds of districts in Jakarta, which is home to 30 million people.
The floods also caused the temporary closure of the runway at Jakarta’s domestic Halim airport, with flights redirected to the capital’ bigger Soekarno airport.
More than 50 people died in one of the capital’s deadliest floods in 2007 and five years ago much of the center of the city was inundated after canals overflowed.
Based on Reuters