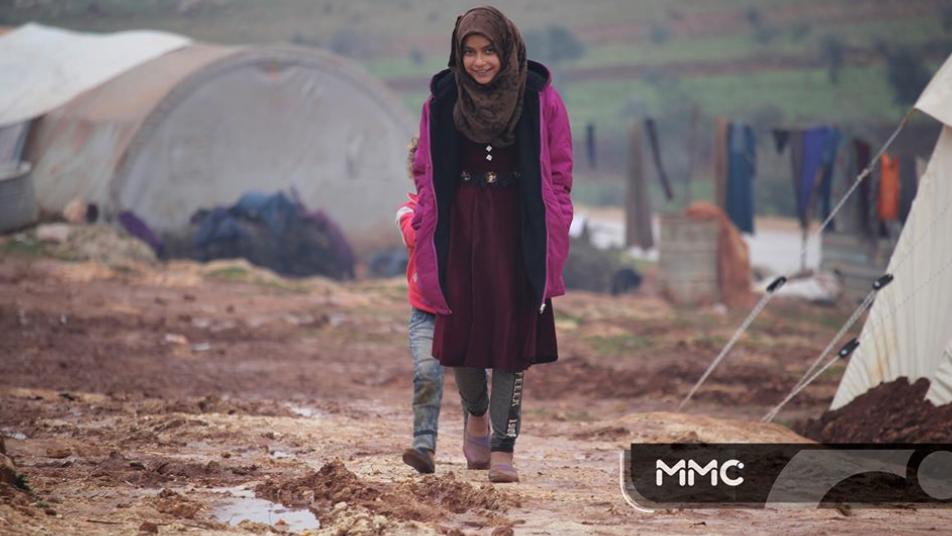 Rainstorm displaces 2,133 Syrian IDP families
Rainwater has flooded Internally Displaced Persons (IDPs) camps in Idlib and Aleppo, north of Syria, according to Orient correspondent.
Idlib countryside and Aleppo countryside witnessed has witnessed a rainstorm which damaged dozens of the scattered camps in northern Syria.
Torrential rain and floods damaged more than 17 camps and displaced more than 2,133 families after their tents were destroyed during the last two days, according to Syria’s Response Coordination Group on Monday (December 30).
At least 284,000 civilians were forcibly displaced in northwestern Syria since November 1st after the attacks of Assad regime and Russia on the Idlib de-escalation zone.
More than 1 million Syrian IDPs live in 1395 camps in Northern Syria, of whom 121,832 IDPs live in 242 random camps.
The IDPs appealed to humanitarian organizations, NGOs, and INGOs to help them find solutions and alternatives to their random camps.
__new_in_first_article1__
White Helmets teams have been operating to meet the humanitarian calls and to address the tragic situation.
The teams are working to respond to the distress calls from the camps to channel significant floodwaters away and make the hard lives of the camp inhabitants just a little more bearable.
Thousands of civilians are finding it difficult to find shelter due to the lack of aid and the few places where they can set up tents and infrastructure.
Most of the camps are being inundated by floods from heavy rains, in effect trapping people in lakes of mud.
On Friday, the United Nations said 235,000 civilians, including at least 140,000 children, had fled their homes in opposition-held northwestern Syria during a Russian-backed campaign of air strikes and shelling this month and warned of the growing risk of a humanitarian catastrophe along the Turkish border.
The UN Office for the Coordination of Humanitarian Affairs (OCHA) said the exodus had taken place between Dec. 12 and 25.
قيم هذا المقال 15 0