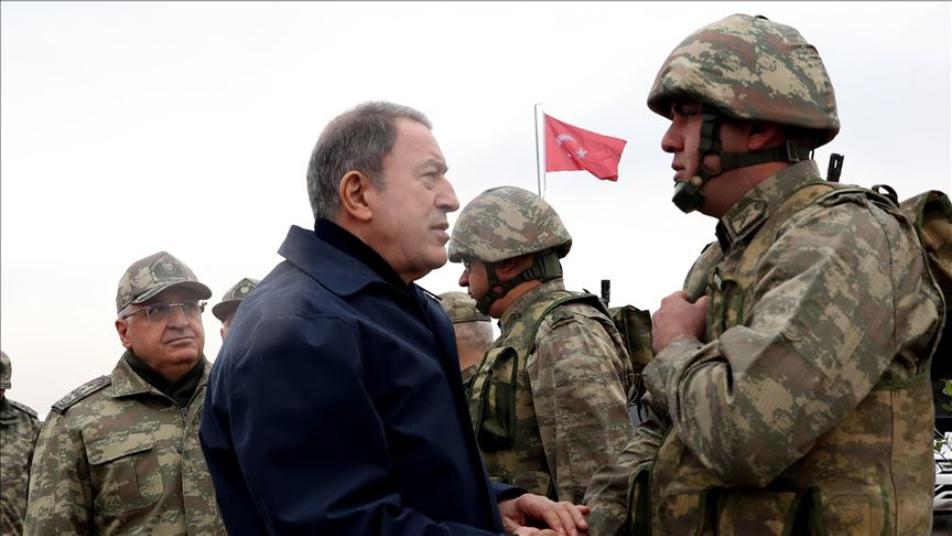 Orient Net - AA
Turkey will definitely stay at its observation posts monitoring a cease-fire in northwestern Syria, and its soldiers there have orders to respond to any acts of hostility, said Turkey’s defense chief on Sunday.
"In no way will we evacuate 12 observation points heroically carrying out their mission of ensuring the ceasefire; we are not going to leave," Defense Minister Hulusi Akar told army commanders in Hatay, a southern Turkish province bordering Syria.
His remarks came in the wake of attacks by the Assad regime, Russian, and Iranian-backed forces (militias) which have sent hundreds of thousands of civilians fleeing Idlib, where the observation posts are located, towards Turkey’s borders.
Akar said the troops at these observation points have been ordered to respond without hesitation if they are attacked or harassed.
In September 2018, Turkey and Russia agreed to turn Idlib into a de-escalation zone in which acts of aggression are expressly prohibited.