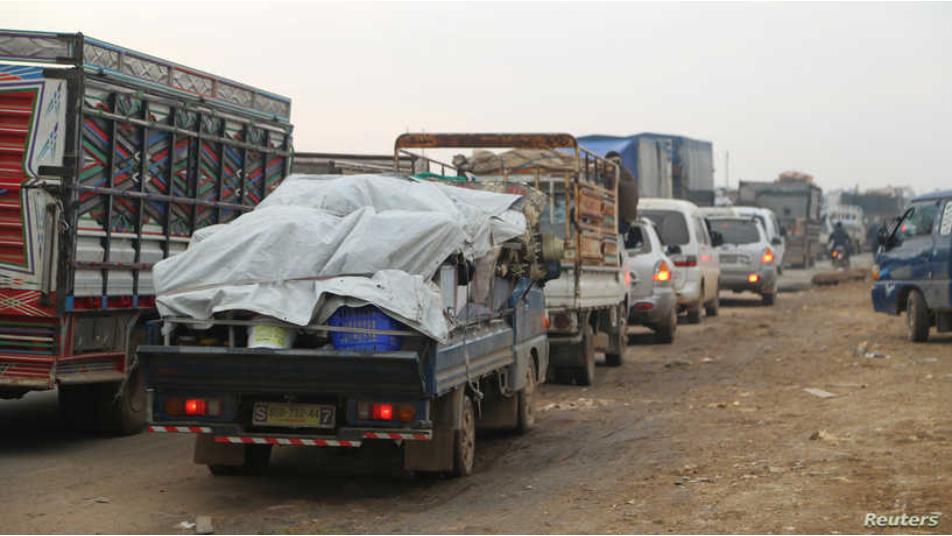 Northwest Syria at 'breaking point,' aid group says
__new_Underarticle_image_EN__
Orient Net
An international aid group said Saturday that conditions in northwest Syria's opposition-held Idlib province were at a "breaking point."
The International Rescue Committee warned that continued violence could displace as many as 400,000 in the coming weeks.
After weeks of intense bombardment, Assad regime militias launched a ground offensive on the southern and eastern parts of Idlib in the northwest last week, forcing tens of thousands to flee their homes.
The UN Office for the Coordination of Humanitarian Affairs said that as a result of hostilities more than 235,000 people had been displaced between Dec. 12 and Wednesday. Many of those fled from the town of Maaret al-Numan, toward which Assad terrorists backed by Russians and Iranians have been advancing since Thursday.
__new_in_first_article1__
On Saturday, activists reported limited clashes on the southeastern edge of the enclave as well as an airstrike that destroyed a bakery in Maasran.
Rehana Zawar, the IRC's country director for northwest Syria, said the enclave was already in the midst of a major humanitarian crisis. Zawar warned that if violence escalated, 400,000 could be forced to leave their homes, pushing the number of the displaced inside Idlib to over 1 million. The province is home to over 3 million people.
The enclave is already home to many displaced from previous rounds of violence in the nine-year war. "Conditions in Idlib are already at a breaking point," Zawar said, calling for an immediate cease-fire.
The report is edited from VOA