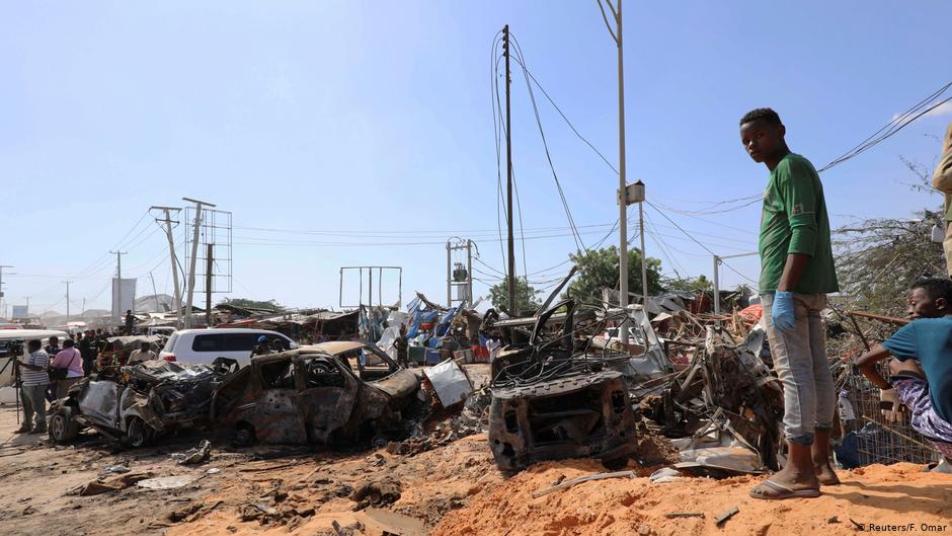 Massive car bomb kills at least 76 in Mogadishu
__new_Underarticle_image_EN__
Orient Net
A massive car bomb exploded in a busy area of the Somali capital Mogadishu on Saturday (December 28), leaving at least 76 people dead and scores injured, an ambulance official said.
The blast occurred in a busy area of the city where traffic is heavy because of a security checkpoint and a tax office.
The wounded were carried on stretchers from the site, where the force of the explosion left charred and twisted remains of vehicles.
Mogadishu is regularly hit by car bombings and attacks waged by Al-Shabaab Islamist militants allied to Al-Qaeda.
__new_in_first_article1__
"The number of casualties we have confirmed is 76 dead and 70 wounded, it could still be higher," the director of the private Aamin Ambulance service, Abdukadir Abdirahman Haji, told AFP.
Police officer Ibrahim Mohamed described the explosion as "devastating".
Two weeks ago, five people were killed when Shabaab militants attacked a Mogadishu hotel popular with politicians, army officers and diplomats in an hours-long siege.
Since 2015, there have been 13 attacks in Somalia with 20 or more killed, 11 of which have been in Mogadishu, according to a tally of AFP figures.
Based on AFP