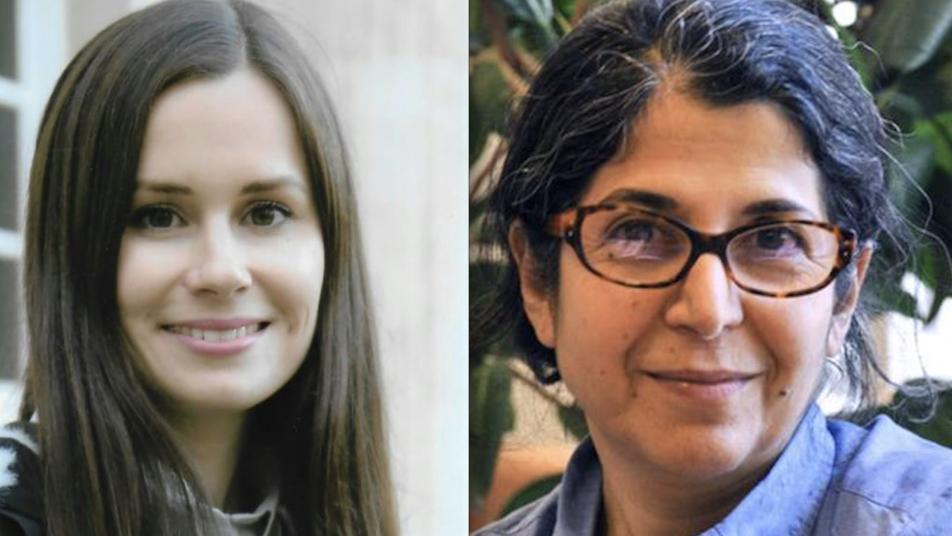 Kylie Moore-Gilbert (left) and Fariba Adelkhah are locked up in Tehran's notorious Evin prison.
Orient Net
Two academics imprisoned in Tehran's notorious Evin prison have begun hunger strikes to call for the release of all researchers and political prisoners in Iran who have been "unjustly imprisoned on trumped-up charges."
Iranian-born French researcher Fariba Adelkhah and Australian university lecturer Kylie Moore-Gilbert reportedly began refusing food on December 24.
Their protests were reported by the New York-based Center For Human Rights In Iran and Sciences Po's research center CERI, where Adelkhah works.
CERI quoted an open letter by the two women as saying that they had been subjected "to psychological torture and numerous violations of our basic human rights."
AFP reported on December 27 that France had summoned Iranian regime's ambassador over the "intolerable" detention of the academics, citing the Foreign Ministry.
The ministry said it had expressed "grave concern" and the ambassador "was reminded of France's demand that Fariba Adelkhah and Roland Marchal are released without delay and that the Iranian authorities show total transparency over their situation."
Adelkhah, an anthropologist who has authored several books on Iran, was reportedly detained in June on espionage charges.
Another researcher from Sciences Po in Paris, Roland Marchal, is also incarcerated in Iran.
Moore-Gilbert, a University of Melbourne Middle East scholar, has been in Iranian custody since October 2018. She was sentenced to 10 years in jail for espionage.
Iranian regime has arrested dozens of dual nationals in recent years on espionage charges that they and their governments say are groundless.
Iranian regime has not provided any solid evidence to back their claims.
Based on RFE, AFP, AP, and dpa