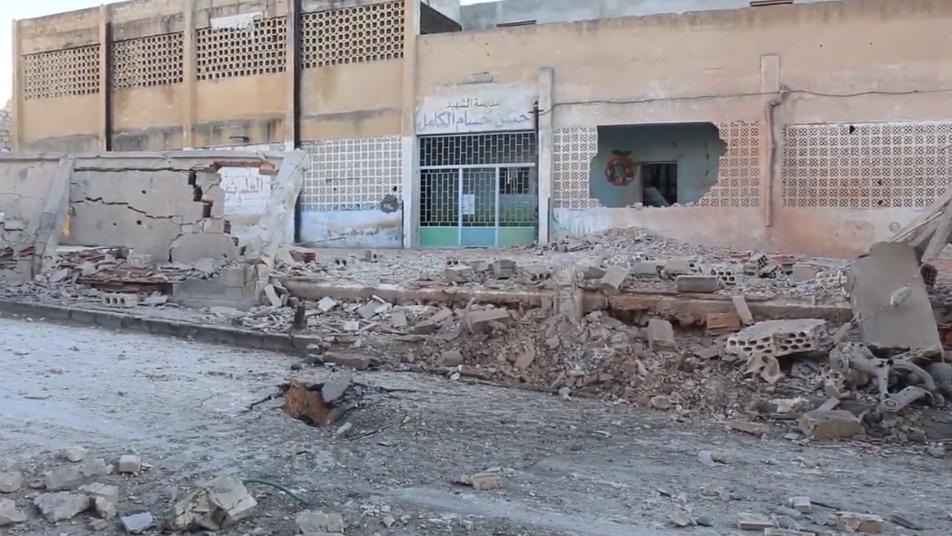 Assad and Russian warplanes conducted no airstrikes on Idlib countryside on Wednesday (December 25), Orient News correspondent said.
Airstrikes are expected to be resumed at any time, locals continue to flee the areas which have witnessed fierce airstrikes.
"Shells and aerial bombing, every five minutes there are explosions from barrels and shells. We ran away to hide from shells until we found a car. We left with only our clothes on..with our pyjamas. We did not find homes or anyone to help us and children were crying when they saw the shells. We came to the mosque to hide until we found a way. Maarat was totally destroyed, what is in Maarat? Why are they bombing it all day? We ran away. Once we found a car we got in it my wife, children and I," one of the locals told Reuters on Tuesday.

__new_in_first_article1__
At least eight civilians were killed on Tuesday by Assad-Russian warplanes in a camp where the displaced Syrians found shelter from their tough journey in Idlib.


Syrian civil society organizations and individuals have issued a statement, appealing for halting the killings conducted by Assad militiamen and Russian warplanes in Idlib.
Assad-Russian warplanes have committed dozens of massacres in Idlib and Hama countryside since they launched their bombing campaign on the 30th of April, largely violating the de-escalation zone deal reached between Russia and Turkey.
قيم هذا المقال 2 0