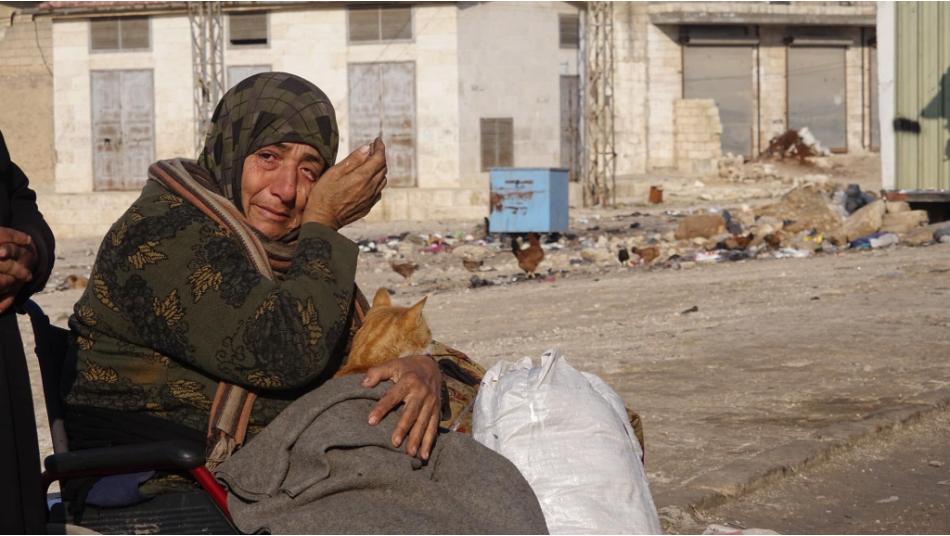 Civil society organizations, individuals appeal for stopping Idlib Hell
__new_Underarticle_image_EN__
Orient Net
Syrian civil society organizations and individuals have issued a statement, appealing for halting the killings conducted by Assad militiamen and Russian warplanes in Idlib. The statement read:
"While “safe” world countries are preparing for the Christmas Holidays and celebrations, the Syrian people in Idlib are facing death, displacement, and destruction. The thing they wish the most is a safe shelter for their children.
The Syrian regime forces backed by the Russian air force continue to carry out their aggressive attacks on northern Syria and commit systematic war crimes on a daily basis against the Syrian people. During the last week, the Syrian regime and Russian bombings focused on Maaret al-Numan area and its eastern countryside, committing a large number of massacres as well as displacing tens of thousands of civilians by the direct targeting of residential neighborhoods and infrastructure with a deliberate focus on medical points.
The deliberate targeting of bridges, main roads, and convoys of displaced people has made displacement itself a risky dream for many people.
Even those who were lucky to escape - temporarily - from bombing are faced now with closed borders and cannot find a tent to protect their children from the cold winter and bad conditions near the borderline.
__new_in_first_article1__
From the beginning of December until yesterday, the White Helmet teams documented the killing of 131 people, including 34 children, 29 women and 3 White Helmets volunteers, while our teams were able to rescue and help 361 people, including 83 children and 74 women, as a result of more than 4000 attacks, including 670 airstrikes, 3484 artillery and missile strikes, and 328 explosive barrels.
More than 203,000 people were forced to leave their homes and escape death only during the current month, while thousands of families were trapped in their homes in the eastern countryside of Idlib under shelling and fear of death as the regime and Russian war planes are directly targeting their vehicles if they decided to leave, and this became a new humanitarian disaster threatening their life.
-     We call on the United Nations to take immediate and quick action to secure a 72-hour humanitarian ceasefire in order to evacuate the intensively bombed areas, where civilians are threatened by new massacres, provided that the ceasefire includes the halt of all bombardment and destruction operations including all types of weapons and warplanes.
-    We call on the international entities and International Community to impose an immediate cessation of hostilities by Russia and the Syrian regime, which may amount to war crimes against the Syrian people.
-    We call on the United Nations, human rights organizations, and the United Nations Security Council to intervene immediately to alleviate the suffering of the displaced people, by stopping the shelling and providing the necessary assistance.
-    If the world continues to fail in stopping the killing of Syrian civilians, we demand the immediate opening of the borders to civilians who are fleeing death, and this is one of the most basic human rights."