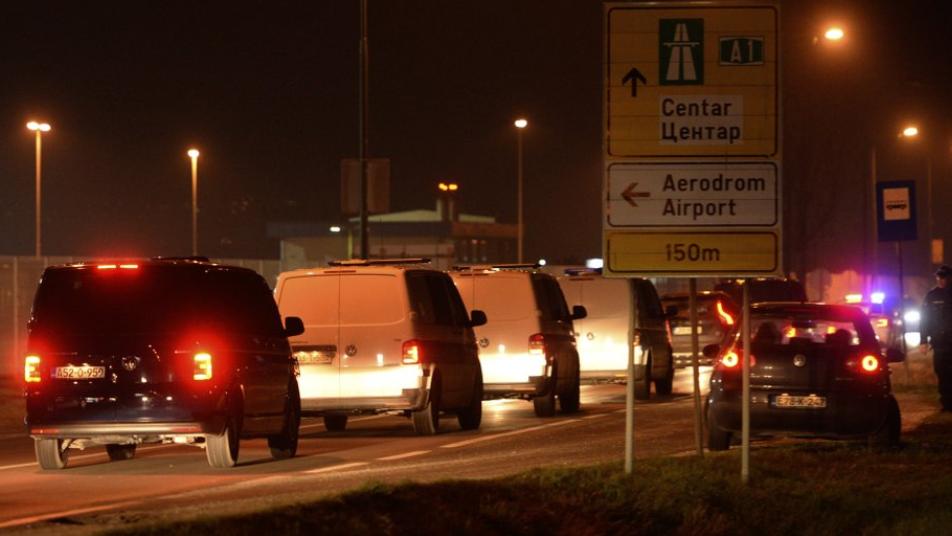 Bosnian nationals from Syria travelling under heavy security leave the airport in the capital Sarajevo, Bosnia, Thursday, Dec. 19, 2019. (AP Photo/Kemal Softic)
A group of 25 former ISIS fighters, women and children, some of them orphaned, returned to Bosnia on Thursday (December 19), the prosecutor’s office and the security ministry said.
Seven men have been handed over to the state prosecutor while six women and 12 children were taken to a reception center for further examination and medical assistance, the security ministry said.
Some had been sought on international arrest warrants and the suspects were under investigation for the offences of organizing a terrorist group, joining foreign paramilitary groups, and terrorism, the prosecutor’s office said in a statement.
__new_in_first_article1__
Bosnia’s state court has tried and convicted 46 people who returned from Syria or Iraq over the past few years.
ISIS lost its last territorial foothold in Syria in March this year and many of its militants are now believed to be in Kurdish-run prisons in northern Syria.
Based on Reuters
قيم هذا المقال