Renewed pleas to save Australian children in Syria 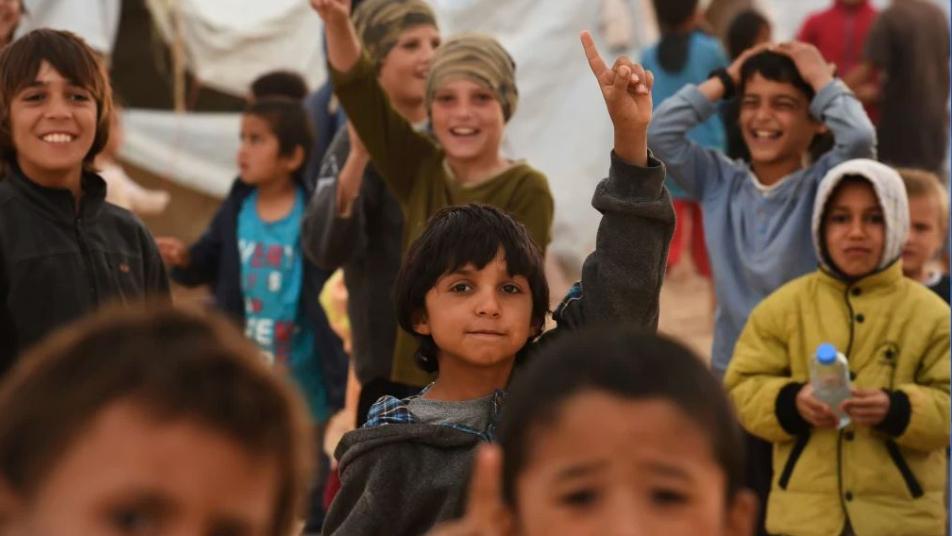 Children at the al-Hawl camp raise their index fingers to the sky. CREDIT:KATE GERAGHTY
Advocates have made fresh pleas to bring home Australian children held in Syrian refugee camps as their health rapidly declines.
The 47 children are suffering from pneumonia, malnutrition, infections and even gunshot wounds, says charity Save the Children.
"If left suffering in the camp, I fear it's only a matter of time before an Australian child dies," policy director Mat Tinkler said on Friday.
"This is a time of year for giving, and so we're appealing to the generosity of all Australians to help us ensure these children are returned home to safety."
The children of Australian ISIS fighters have been living the al-Hawl camp since the collapse of group.
One of the children, a 16-year-old boy with an intellectual disability, has reportedly been jailed.
Kamalle Dabboussy, whose daughter and his three grandchildren are in al-Hawl, said the children had done nothing wrong.
__new_in_first_article1__
"They didn't choose Syria, to be taken away from their friends, extended families and Australian way of life," Mr Dabboussy told News Corp.
Most of the Australian children in the al-Hawl camp are aged under five.
Prime Minister Scott Morrison has been previously been unmoved by pleas to rescue the children, rejecting an offer from the United States to extract the children.
He has couched the potential evacuations as a national security threat.
But Save the Children's Mr Tinkler said the mothers have agreed to be put under strict control orders if they were allowed to return to Australia.
"Regardless of the decisions of their parents, these children are innocent, and they deserve our urgent support."
Based on AUSTRALIAN ASSOCIATED PRESS
قيم هذا المقال