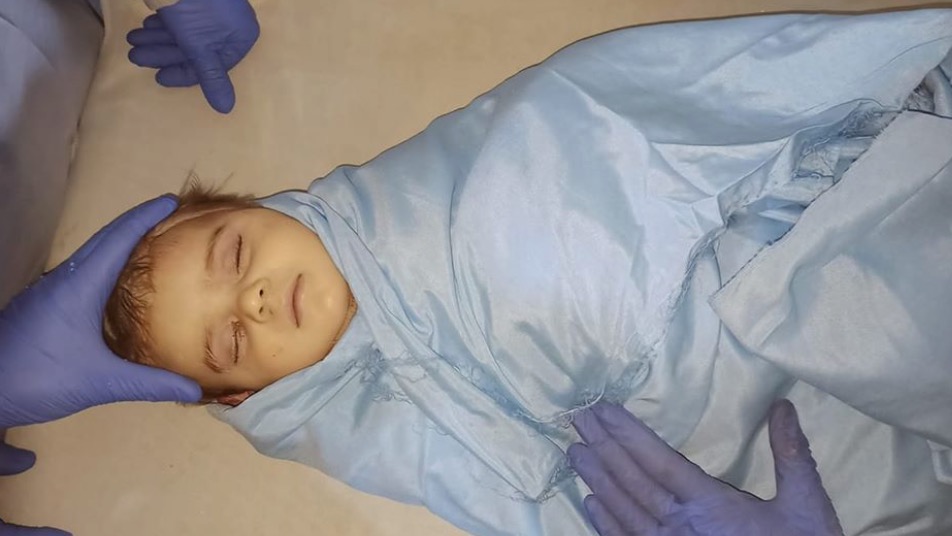 Maarat al-Numan is a big population centre where at least 70.000 civilians used to live. Most people are leaving their houses towards the Turkish border.
__new_in_first_article1__
At least four civilians were killed on Wednesday (December 18) in the town of Maaret al-Numan and other areas after Russian warplanes bombed  them with barrel bombs and rockets.
Syrian activists say Assad terrorists are pursuing the same policy of barrel bombing that was already pursued in the city of Daraya in Damascus' western Ghouta.
At least 24 civilians, were killed on Tuesday (December 17) after Russian-Assad warplanes and Assad helicopters bombed Idlib countryside. They killed them in Idlib’s Talmenes, Maasaran , Badama, Maaretshamsa, al-Kanayes  and other areas.
Assad-Russian warplanes have committed dozens of massacres in Idlib and Hama countryside since they launched their bombing campaign on the 30th of April, largely violating the de-escalation zone deal reached between Russia and Turkey.
قيم هذا المقال