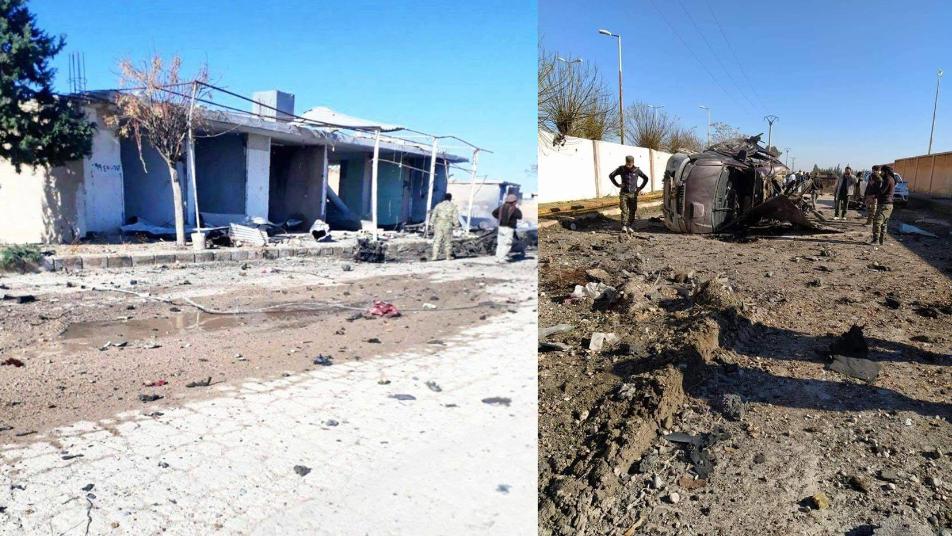 Car bombs kill 6 civilians in Ras al-Ayn, 2 in Tel Abyad
__new_Underarticle_image_EN__
Orient Net
Six civilians were killed by a car bomb explosion, most of them children, on Wednesday (December 18) in the village in Mabroka in Ras al Ayn, local sources said.
Significant damage was caused in the attacked shops and houses, according to the Khaboor Facebook page.
Meanwhile, two other civilians were killed in Tel Abyad by a similar car bomb explosion that took place in a garage of cars.
__new_in_first_article1__
No group has claimed responsibility for the bombings.
Syrian National Army (SNA) has always blamed PKK-affiliated PYG terrorists for standing behind such attacks.
PKK-affiliated terrorists were driven out from the cities last October by The Turkish Military and The SNA’s Operation Peace Spring.