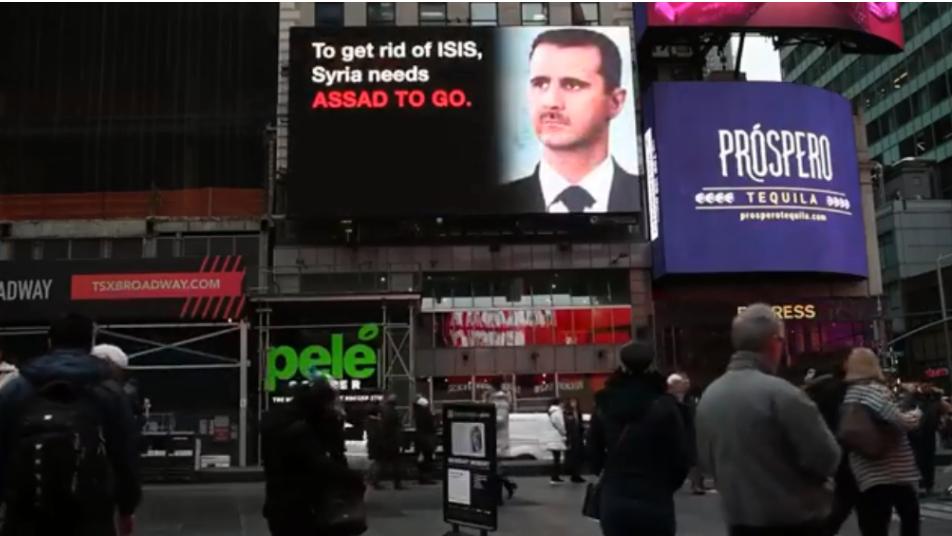 Orient Net
“Citizens for Safe and Secure America” has rented a video billboard in New York’s Times Square to shed the light on Syrians and their dire living conditions while the world is preparing to celebrate Christmas and the New Year of 2020.
The video billboard displayed in seconds part of what Assad regime’s militiamen committed against Syrians, forcing the Syrians to face harsh conditions inside and outside their country.
The video billboard also displayed photos of Russian President Vladimir Putin, Iranian regime's Khamenei, ISIS leader Abu Bakr al-Baghdadi and Bashar Assad who terrified and killed Syrians.
__new_in_first_article1__