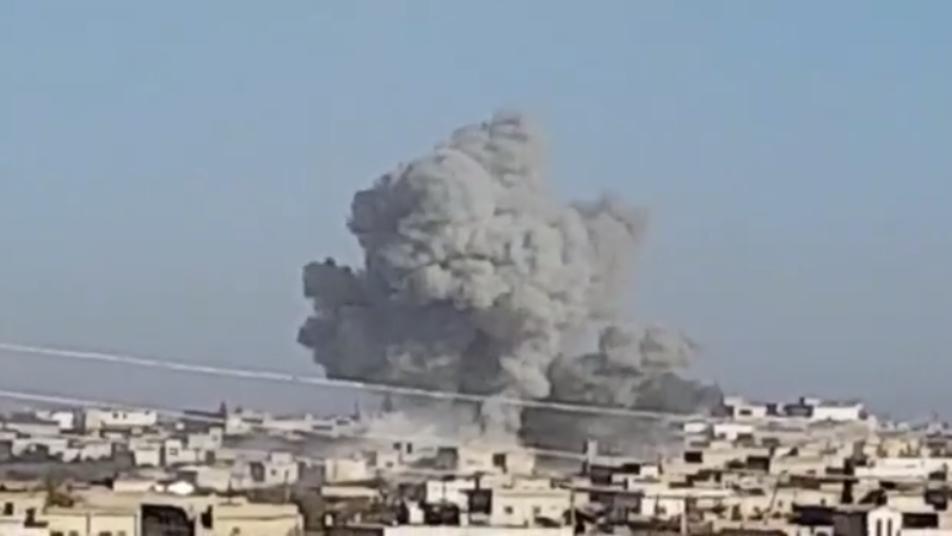 Assad militiamen kill more civilians in Idlib countryside
__new_Underarticle_image_EN__
Orient Net
Assad militiamen and Russian warplanes have resumed their massacres and killings against Syrian civilians in Idlib countryside after a bloody day, Tuesday (December 17), where at least 24 civilians lost their lives most of them were women and children, Orient News correspondent said.
At least four civilians were killed on Wednesday (December 18) in the city of Maaret al-Numan and other areas after Russian warplanes bombed them with barrel bombs and rockets.
SU-24 warplanes heavily attacked the city of Maaret al-Numan where there are at least 70.000 civilians. Massacres are expected to take place if these aerial attacks don't immediately stop, Orient News Hasem al-Abdullah said.
__new_in_first_article1__
Meanwhile, Syrian activists posted pictures from the town of Maarshemsha where civilians' houses were bombed and destroyed.

At least 24 civilians, were killed on Tuesday (December 17) after Russian-Assad warplanes and Assad helicopters bombed Idlib countryside. They killed them in Idlib’s in Talmenes, Maasaran , Badama, Maaretshamsa, al-Kanayes  and other areas.
Assad-Russian warplanes have committed dozens of massacres in Idlib and Hama countryside since they launched their bombing campaign on the 30th of April, largely violating the de-escalation zone deal reached between Russia and Turkey.