Erdogan: One million refugees should be resettled in Syria very soon 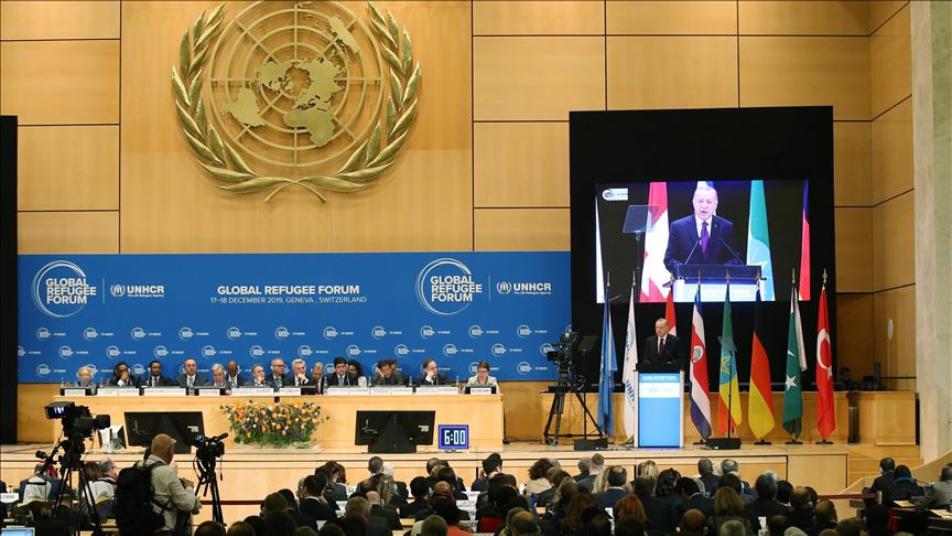 Orient Net
Turkish President Tayyip Erdogan called on Tuesday (December 17) for the resettlement of 1 million Syrian refugees in a “peace zone” in the northern part of their homeland, on a voluntary basis but in “a very short period of time”.
“We need to find formula to allow refugees who traveled to Turkey to be resettled in their motherland,” Erdogan, whose country hosts 3.7 million Syrian refugees, told the Global Forum on Refugees, being held in Geneva.
Housing and schools could be set up in the zone, where some 371,000 Syrian refugees have already returned since Turkish military operations to clear the area of “terrorist organizations”, he said, naming ISIS and the Kurdish YPG and PKK.
Safe return of refugees and establishing a permanent stability in Syria is as important as fight against terrorism, Erdogan stressed.
Erdogan said: “Formulas to keep refugees in their own lands and repatriate those in Turkey need to be implemented.”
“Countries with more means put limits on refugees, while Turkey opened its arms to everyone without discriminating,” he added.
“EU promised a total of €6 billion to Turkey to help Syrian refugees, but we only got €2 billion,” Erdogan said, referring to the migration deal between Turkey and the EU.
Erdogan said around 371,000 Syrians have voluntarily returned to the areas in Syria cleared of terrorists by Turkey.
"I believe that this number will reach one million in the first phase, if we can realize the project I brought forward in the UN General Assembly," he said.
Based on Reuters, AA