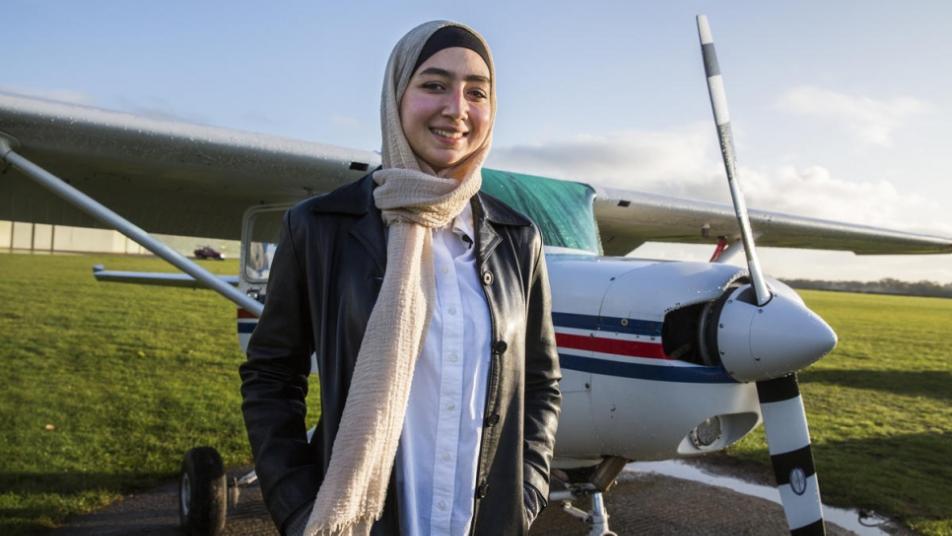 Maya Ghazal, 20, pictured in front of the plane in which she will make her first solo flight, at The Pilot Centre, in Denham, United Kingdom. © UNHCR/Andrew McConnell
__new_Underarticle_image_EN__
Orient Net
Four years ago, Maya Ghazal fled the fighting in Syria. Now a trainee pilot, she’s advocating for opportunities for refugees at the Global Refugee Forum.

One recent cloudy morning, Maya Ghazal climbed into the cockpit of a tiny plane at an airfield west of London, checked the controls and taxied to the end of the runway.

Just 20 years old, she was about to make her first solo flight as a trainee pilot.

“I’m excited, a tiny bit nervous, but confident as well,” she said.

Few young people would attempt such a thing. But Maya’s background makes it even more unusual. Only four years ago, she fled the conflict in Syria and arrived in the United Kingdom. The world saw her as a refugee; she had other ideas.

All refugees come to a new country hoping for a fresh start, but Maya stands out because of the determination with which she has pursued her goals. At the same time, she has embraced the cause of young refugees.


She is a co-sponsor of next week’s first-ever Global Refugee Forum in Geneva, putting refugee education high on the agenda for ministers, business and faith leaders and non-governmental organizations. The Forum will promote the idea that education is a fundamental human right and access to it should be available to everyone, including refugees.

__new_in_first_article1__
“Education is so important for refugees if they are going to achieve their dreams,” she said.

Maya grew up in Damascus and says her childhood was ordinary. At school, she dreamed of working as a diplomat. When the conflict erupted in 2011, everything changed. Her family’s lives grew increasingly difficult as the fighting came closer. She recalls walking to school one day when some missiles fell nearby – leaving her unsure whether safety lay ahead or behind.

Her father came to Britain as an asylum-seeker, and in 2015 the rest of the family joined him under a family reunification programme.

In England, the family were safe, but starting afresh as a 16-year-old was not easy. Several schools turned her down and for weeks she sat at home, often alone, wondering what the future held. She filled her time by learning to play guitar. Eventually, she was accepted.

Her dream of becoming a diplomat was over, but life held out a new promise. One day, she was near Heathrow Airport with her mother, watching planes take off and land through a window. 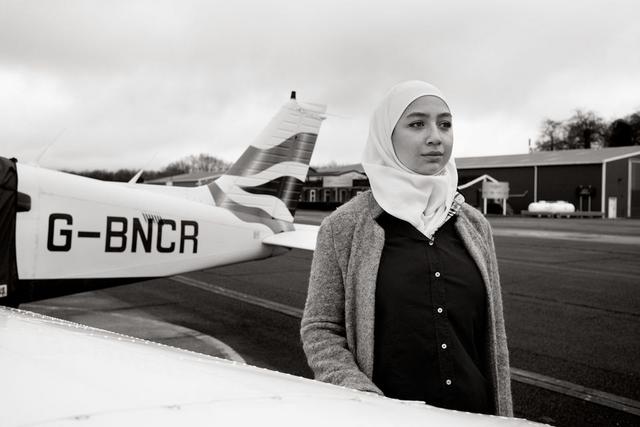 Inspired, she decided on a new course: to study aviation engineering at university and to train to be a commercial pilot.

“My dream is to become Syria’s first female refugee pilot,” she said.

__new_in_first_article2__
At the same time, she worked hard to develop her skills as a public speaker and began working with UNHCR. Her speeches have impressed audiences in Britain and Europe, but they are also taken with her personal story of achievement in the face of adversity. Her message is also for refugees:

“I want to show people (refugees) what I’ve been through. I want to … tell others that it’s going to get better,” she said. 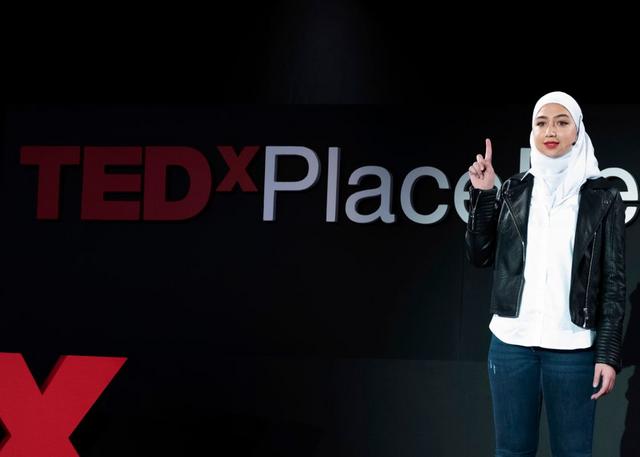 A first solo flight is an essential part of gaining a pilot’s licence, and no instructor would allow a trainee pilot to do one before they are ready. Even so, it’s a big deal: hundreds of feet in the air there is no one in the co-pilot’s seat should nerves kick in or something goes wrong.

“It’s a goal I wanted to achieve. It was hard. I had a lot of struggles. I had a lot of discouragements (but) I knew that I could do it and I just believed in myself,” she said. She added that she also wanted to defy stereotypes about young Muslim women and about refugees.

Her mother, Rimah Darkachli, supported Maya’s training but said she still had “Mum’s worries” when it came to seeing her daughter flying solo.

In the event, Maya’s plane accelerated down the runway and rose into the air. She made a wide circuit of the airfield and landed gracefully. Afterwards, she reflected:

“Nothing is really controlling you other than controlled airspace. I am in control of the plane. I have no limits.”

Based on UNHCR UK