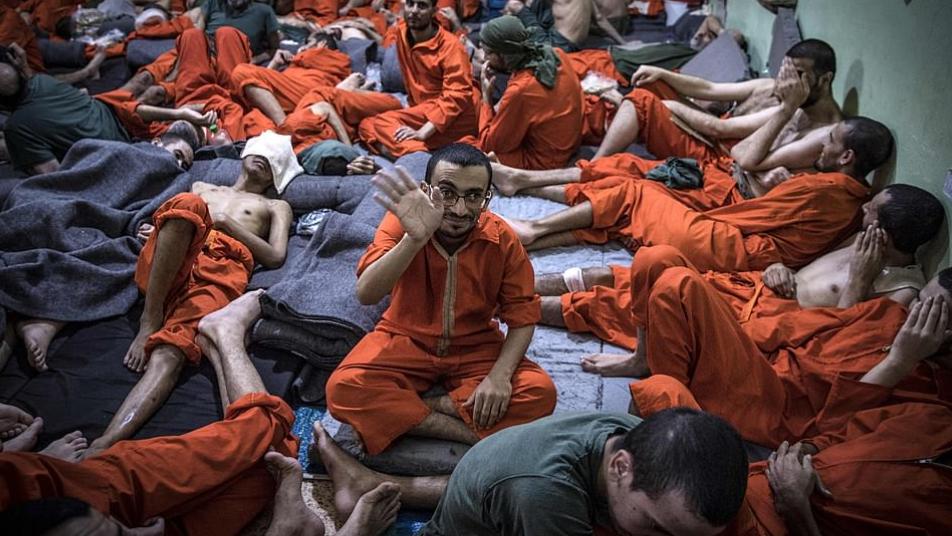 Men suspected of being affiliated with ISIS gather in a prison cell in northeastern Syrian city of Hasakeh on October 26 (AFP File Photo)
__new_Underarticle_image_EN__
Orient Net
Turkey has deported four foreign British members of a terrorist group to the United Kingdom, Turkey's Interior Ministry said Friday (December 13).
In a statement, the ministry said that Turkey would continue to deport foreign terrorist fighters. The ministry did not specifically mention the terrorist organizations the four people were reportedly linked to, but the issue of the handling of ISIS members and their families detained in Syria including foreign members of the terror group – has been controversial, with Turkey arguing foreign-born terrorists should be returned to their countries of origin.
Earlier this month, Turkey deported 11 French citizens over links to the ISIS group. Diplomatic sources said the 11 included four women and seven children.
__new_in_first_article1__
Ankara has said several European countries have resisted efforts to send ISIS members back to their countries, but that it would nevertheless press forward.
Turkey has so far deported 7,500 ISIS members, President Recep Tayyip Erdogan said last week, adding that there were currently 1,149 ISIS terrorists in Turkish prisons.
Some 200 ISIS terrorists whose countries of origin have been determined are to be sent to their countries or any third country of their choosing. The deportation process for such prisoners was launched beginning on Nov. 11.