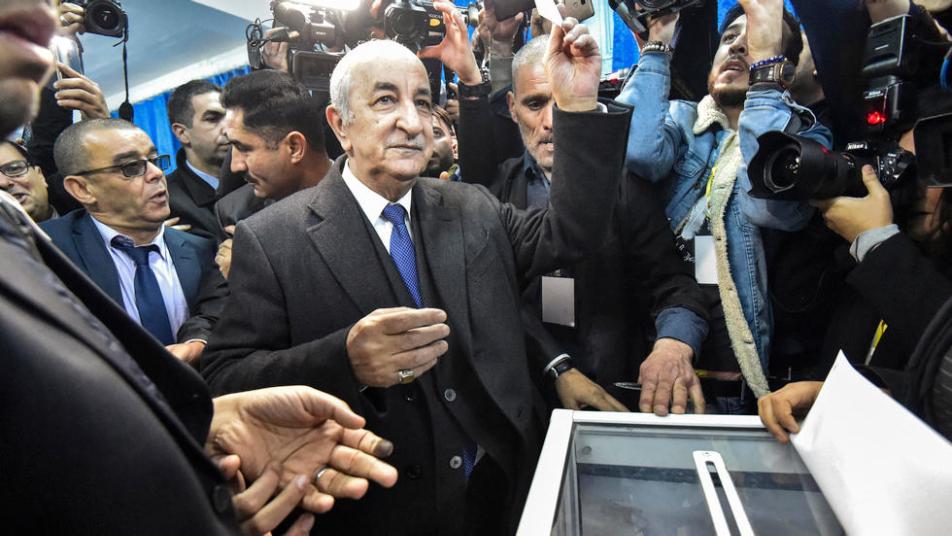 Orient Net
Former prime minister Abdelmadjid Tebboune has won Algeria's widely unpopular presidential election without the need for a second-round runoff, the electoral commission said Friday (December 13).
Tebboune, 74, took 58.15 percent of the vote, trouncing his four fellow contenders, commission chairman Mohamed Charfi announced.
Like him, they all served under the two-decade ruleof Abdelaziz Bouteflika, who resigned in the face of mass protests in April.
Protesters have stayed on the streets ever since, including on polling day, demanding the total dismantling of the system that has ruled Algeria since independence from France in 1962.
It will now fall to Tebboune to try to restore stability, but he will first have to win over the millions who boycotted Thursday's vote, which saw the lowest turnout for a multi-party election since independence.
Based on AFP