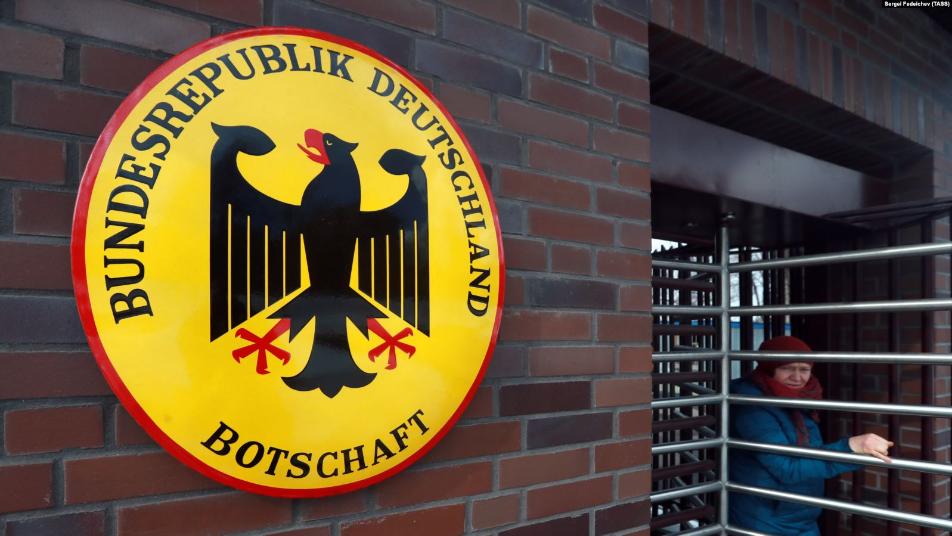 Orient Net
Russia has announced the expulsion of two German diplomats in a tit-for-tat response to a similar move by Berlin last week.
The Foreign Ministry in Moscow said on December 12 that it had summoned German Ambassador Geza Andreas von Geyr and informed him that the two German diplomats have seven days to leave Russia.
"Guided by the principle of reciprocity and Article 9 of the Vienna Convention on Diplomatic Relations of 1961, the Russian side has decided to declare two employees of the German Embassy in Russia personae non gratae," the statement said.
Germany last week expelled two Russian diplomats after the Federal Prosecutor's Office said on December 4 that “there is sufficient factual evidence” that either Russian government agencies or Chechen regional agencies may have ordered the killing in Berlin of a 40-year-old Georgian of Chechen origin.
The German Foreign Ministry called Moscow's move "unjustifiable" in a statement and noted "with regret the Russian government's decision to declare two employees of the German embassy in Moscow personae non gratae."
"It sends the wrong signal and is unjustified," the statement added.
Based on Tass, Reuters, Interfax and RFERL