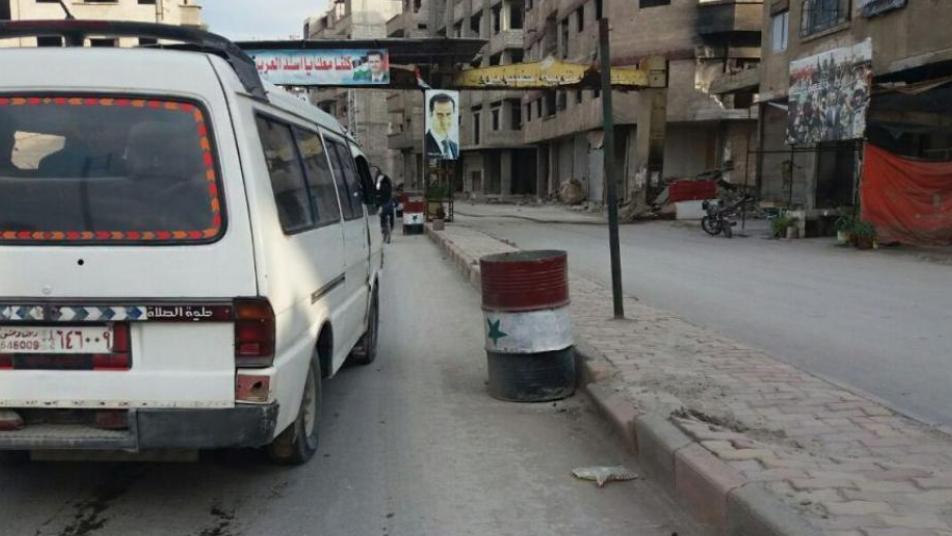 Orient Net
Unidentified men attacked an Assad militia's checkpoint in the city of Douma in Damascus' Eastern Ghouta on Wednesday (Dec. 11), Orient News learnt from local sources.
The attackers used live ammunition at the Medical Tower checkpoint, the only exit from Douma to the capital Damascus, the sources didn't report the number of deaths or injuries.
Assad terrorists stormed dozens of houses near the checkpoint after the attack and closed the main streets of the city.
Earlier this month, locals torn the photo of Bashar Assad and wrote anti-Assad slogans on the walls of a neighbourhood in the city.
Assad terrorists and their allied Russians occupied Douma in April of 2018 after, killing, gassing to death, injuring, and displacing hundreds of thousands of its people.