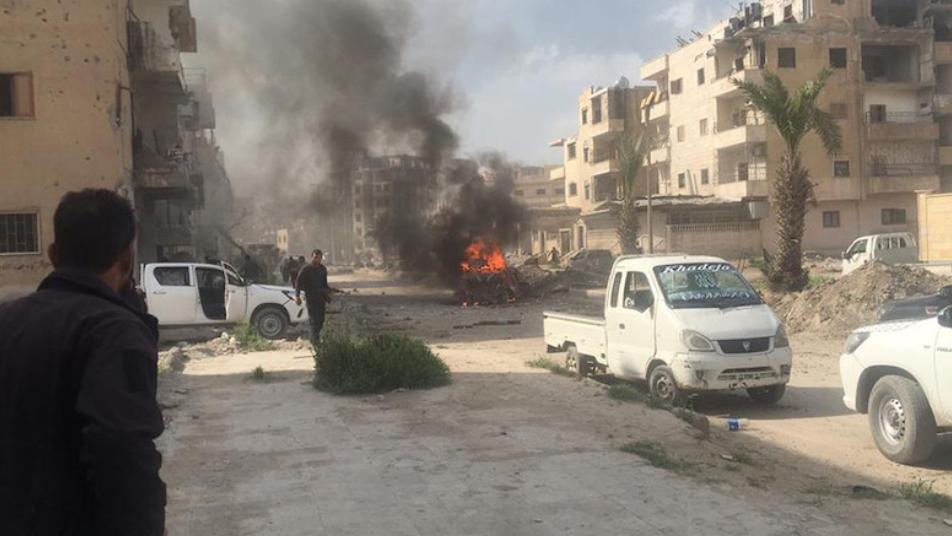 Orient Net
An explosion targeted an SDF patrol in Raqqa city on Wednesday (Dec 11), killing and injuring civilians, Orient News learnt from local sources.
At least two SDF members were killed and many others were injured after their patrol was targeted on the outskirts of al-Qaramah town in the east of Raqqa, al-Khaboor Facebook page said.
The intensity of the attacks against SDF has recently grown, the PKK-affiliated militias accuse ISIS sleeper cells of standing behind these attacks.
Locals say SDF use the pretext of ISIS sleeper cells to revenge on all those locals who violate their rules in their area.
US-backed PKK-affiliated militias claimed victory over ISIS in Raqqa in October of 2017, raising flags over the last footholds of the extremist group.