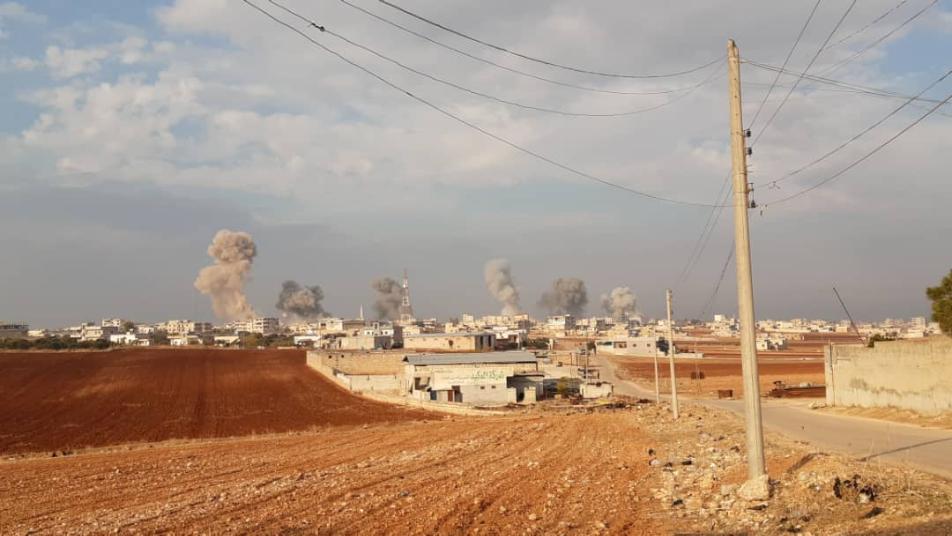 Idlib Plus (File Photo)
Orient Net
Russian Defense Minister Sergey Shoygu and his Turkish counterpart Hulusi Akar discussed the situation in the Middle East in a phone call, AA reported on Monday (December 9).
The two ministers paid particular attention to the implementation of the Russian-Turkish memorandum on Syria, the ministry said in a statement.
The parties discussed the situation in the Middle East region, paying special attention to the implementation of the Russian-Turkish memorandum of understanding on the settlement of the situation in the northeast of the Syrian Arab Republic and measures taken to stabilize the situation in the Idlib de-escalation zone, it said.
At least 21 civilians, including nine children were killed and others were injured on Saturday after Russian warplanes and Assad helicopters bombed Idlib countryside.
Assad-Russian warplanes have committed dozens of massacres in Idlib and Hama countryside since they launched their bombing campaign on the 30th of April, largely violating the de-escalation zone deal reached between Russia and Turkey.