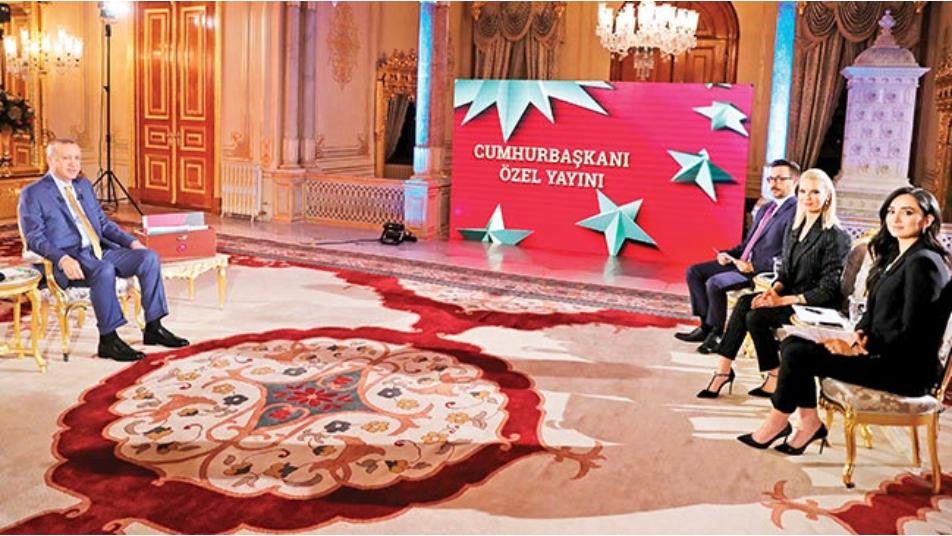 The TRT live broadcast (IHA Photo)
Orient Net
Turkey aims to settle one million Syrian refugees in the area of northern Syria where it carried out a military incursion in October, President Tayyip Erdogan said on Monday (December 9).
He told state broadcaster TRT that Ankara would finance the resettlement on its own if allies did not provide support.
Turkey had previously said it could settle up to 2 million Syrian refugees in a 444-km (275-mile)-long “safe zone” it aimed to form in northeastern Syria, and repeatedly urged NATO allies to provide financial aid for the plans.
“The Turkish nation can carry out an exemplary step between Ras al Ain and Tel Abyad,” Erdogan said in his TRT interview, holding up a map of the region with markings on it. “Settling one million people between Tel Abyad and Ras al Ain, that is our aim in the safe zone, that is our plan.”
Last week, Erdogan met his German, French and British counterparts on the sidelines of a NATO summit in London to hold talks on developments in Syria and his “safe zone” plan.
After the summit, Erdogan said one country, which he did not name, had pledged support for the plan but that Germany, France and Britain had not done so.
Turkey currently hosts more than 3.5 million refugees from neighboring Syria’s 8-1/2-year-old war. Turkish officials have not indicated when any resettlement of refugees would begin.
Based on Reuters