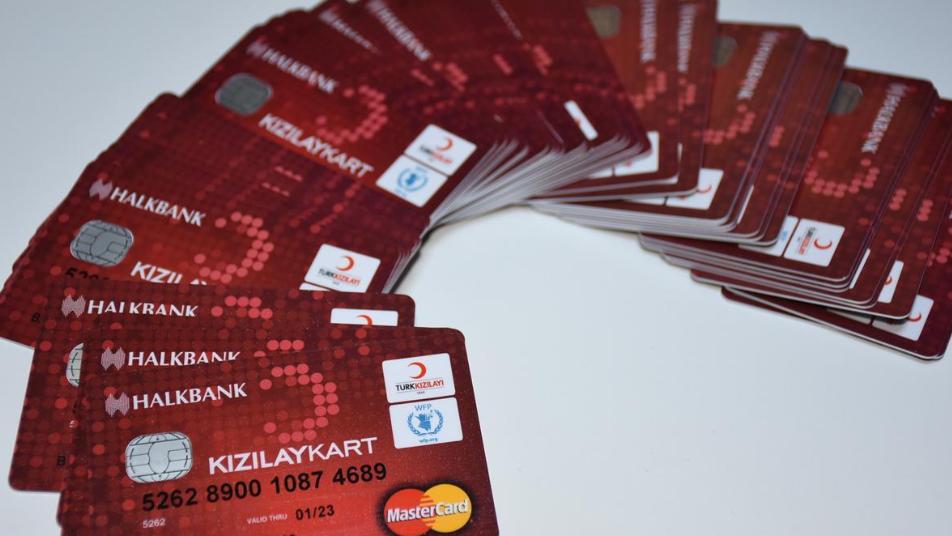 Turkish Red Crescent gets new €500M for Syrian refugees
__new_Underarticle_image_EN__
Orient Net
Kızılaykart, a debit card bearing the Turkish name of the country's Red Crescent, has expanded its scope with a new partnership and additional cash flow from the European Union.
Turkish Red Crescent President Dr. Kerem Kınık hailed a new partnership with the International Federation of Red Cross and Red Crescent Societies (IFRC) for 2020-2021 for the card and announced a 500 million euros ($553 million) contract with the EU for the "next stage" of Kızılaykart.
The debit card, designed for Syrian refugees in Turkey, allows those who have fled to Turkey to shop with a pre-paid card topped up monthly with TL 120. It is part of a Social Adaptation Assistance Program for refugees in Turkey that has been home to the largest Syrian refugee community, over 3.6 million people, due to war in Syria.
The Turkish Red Crescent held an event in Switzerland's Geneva on Kızılaykart. Geneva is hosting the 22nd general assembly of IFRC this week. Speaking at the event, Kerem Kınık said Turkey was hosting more than 5 million refugees from 70 nations, mostly Syrians.
International Red Cross and Red Crescent societies supported Turkish Red Crescent's work for these refugees. "As part of our joint efforts, we support more than 3 million refugees every month, from protection and cash aid to activities to help them earn a livelihood. We strive to keep refugee children at school and provide them health and welfare services," he added.
__new_in_first_article1__
He said the Emergency Social Safety Net (ESSN) program that enabled Kızılaykart was the largest humanitarian cash assistance program in the world. "ESSN gives cash to more than 1.7 million recipients to cover their basic needs. We pay around 30 million euros every month," he noted.
The IFRC will take over from the WFP as the main body overseeing the program on April 2020. It will serve as coordinator and observer while Turkish Red Crescent will continue overseeing ESSN activities.
The cash assistance covers people living in Turkey under international, temporary protection and fulfilling application criteria. Each applicant is entitled to TL 120 for every month, along with additional payments several times a year. Disabled refugees can be granted more in cash.
Turkey currently hosts some 3.6 million Syrian refugees, more than any other country in the world. Ankara has so far spent $40 billion on the refugees, according to official figures.
Based on DS