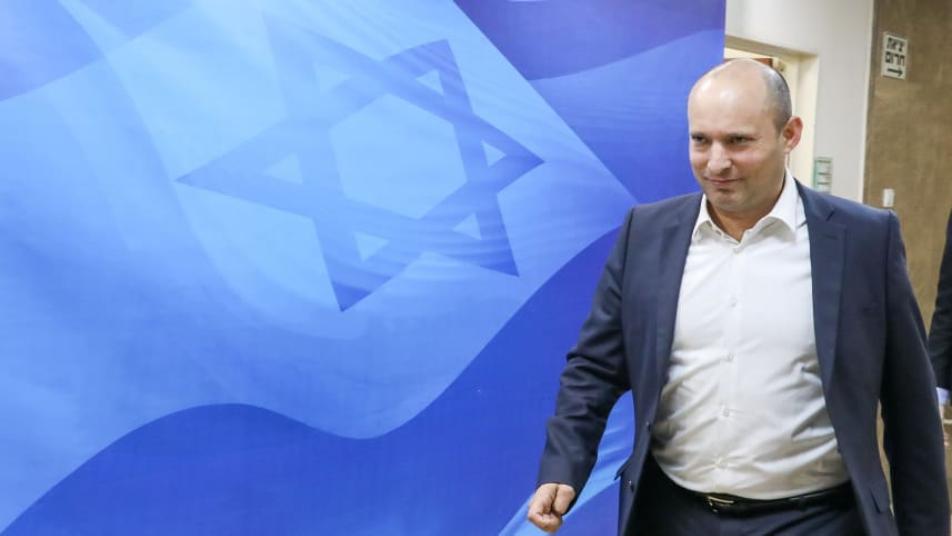 Naftali Bennet outside a cabinet meeting, Jerusalem, December 1, 2019 Credit: Marc Israel Sellem
Orient Net
Israel's defense minister warned Iranian militias against their continued presence in Syria, saying Israel will "work tirelessly" to prevent the establishment of a stable Iranian military presence in the war-torn country.
"It is no secret that Iran is trying to establish a ring of fire around our country, it is already based in Lebanon and is trying to establish in Syria, Gaza and more," Naftali Bennett said on Sunday at a conference held by Makor Rishon, an Israeli newspaper associated with the religious right. "We need to move from containment to attack."
"We say to Iran: Syria will become your Vietnam," Bennett added.
His comments come a day after Israel's foreign minister, Yisrael Katz, was quoted saying the Israeli government was considering military action against Iran, should it pursue nuclear military capability.