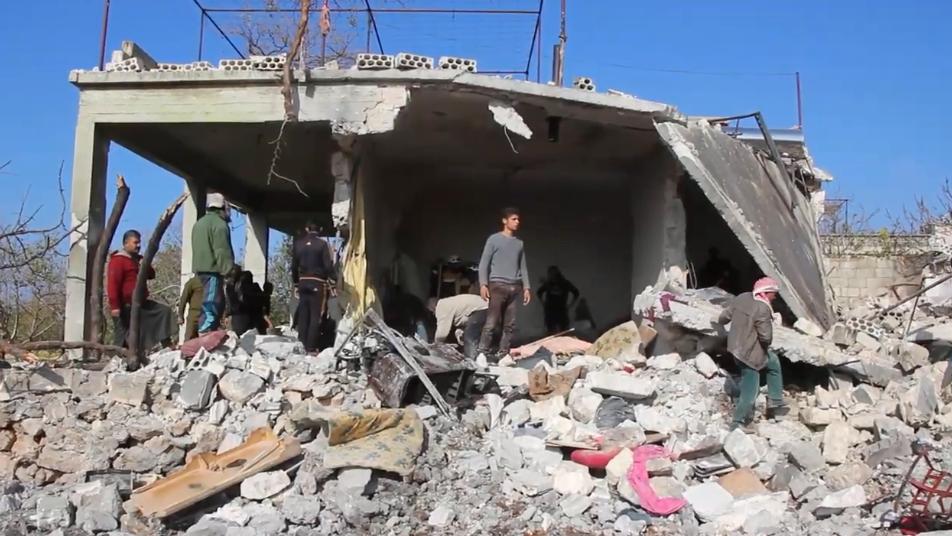 The Russian jets killed at least five civilians, including two girls and injured others on Wednesday (December 4) in Kafr Sejneh, Saraqib and Ariha.
Earlier on Monday (December 2), at least 17 civilians were killed in Maaret al-Numan and Idlib prison by similar aerial attacks.
Assad-Russian warplanes have committed dozens of massacres in Idlib and Hama countryside since they launched their bombing campaign on the 30th of April, largely violating the de-escalation zone deal reached between Russia and Turkey.