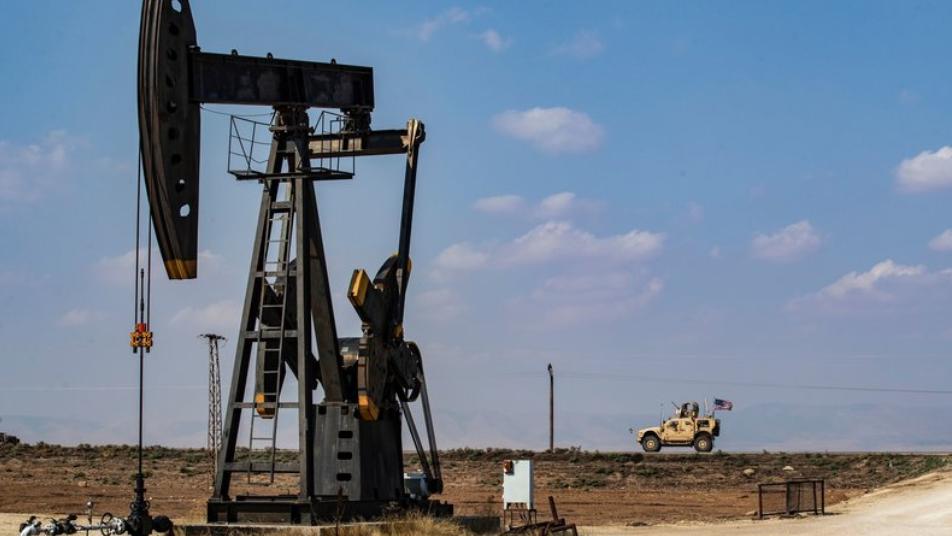 Orient Net - CBC
It was perhaps the most jaw-dropping moment in Donald Trump's impromptu, marathon news conference — an event which, along with the NATO leaders summit that provided the occasion, was already crowded with jaw-dropping moments.
"Right now, the only soldiers we have in that area are essentially the soldiers that are keeping the oil," the US president said of the redefined role of American troops in eastern Syria. "So we have the oil. And we can do with the oil what we want."
In that infamous hot-mic video of the reception for NATO leaders at Buckingham Palace, Prime Minister Justin Trudeau was caught gossiping with other world leaders about watching the jaws of Trump's staffers "hit the floor" upon hearing him announce that the next G-7 meeting would be held at Camp David.
Trudeau also was a witness to Trump's tirade over the Syrian oil fields in that same "unscheduled" (the prime minister's word for it) media event.
The US president has, for over a month, railed on about securing control of Syria's oil resources to America's benefit — partly as a way to save face over his sudden abandonment of Kurdish allies in the face of a Turkish incursion into northern Syria, partly to paper over the broken promise to withdraw US troops from the country entirely.
Piracy as policy
What made this performance especially jaw-dropping was his suggestion that America should have — and by extension could have — pillaged the oil resources of other nations.
"We've taken the oil. I've taken the oil. We should have done it in other locations where we were. I can name four of them right now," said Trump. (He did not name the other countries.)
It might have been the random musings of a stressed-out president facing impeachment. That might be too generous an interpretation, however, given Trump's bottom-line approach to alliances — where cash transactions in exchange for Washington's support rule the day.
It all leaves allies pondering some uncomfortable questions. What does this mean for the future? And how willing should any country be to support an America that muses openly — perhaps illegitimately — about stealing the resources of other nations?
At the very least, Trump's repeated comments have given fresh ammunition to critics who've long claimed US foreign policy in the Middle East is more about controlling the oil than supporting freedom and democracy.
'Political whims'
Stuart Hendin, a lawyer and expert in the law of armed conflict, who has instructed United Nations peacekeepers, said if US allies — Canada included — weren't paying attention, they should have been.
Trump's remarks present a conundrum for US allies in that they call into question US policy aims and intentions.
"Why would one partner want to be with a force when you really never know [what] the political whims are going to be?" Hendin asked.
"What [the remarks] create is a fear and a potential lack of respect. The military ethos is that you have to have the respect and absolute trust of the people you're in the field with."
Robert O'Brien, Trump's national security adviser, provided a somewhat more rational policy explanation for holding the eastern Syria oil fields during the recent Halifax International Security Forum. He said the resources had been a revenue source for the Islamic State and keeping them out of the hands of newly rejuvenated extremists was a US priority.
"It is totally consistent with our campaign to defeat to Daesh, to defeat ISIS, and we're going to hold on to those oil fields as long as necessary to make sure ISIS doesn't reconstitute," he said."The added benefit is that the Kurds can use some of that oil to pay for refugees, to guard the camps where ISIS prisoners are being held."
A revenue source for Assad?
Many of those oilfields are in disastrous shape and in need of overhaul after eight years of  war.
But who's buying the oil from Syria's Hasakah province? Do those customers include the rogue regime of Bashar Assad?
O'Brien's answer was astonishing.
"Some of the oil may be going to the Assad regime, some of the oil may be going to Turkey, some of the oil may be going to the Kurds in Erbil," he said.
"I think the oil from those fields is going to be a number of different places. The main point is that the revenue from that oil is not going to ISIS."
Colin Robertson, a former diplomat and vice-president of the Canadian Global Affairs Institute, said Trump's Syria decisions may have been knee-jerk, maybe even a strategic blunder, but allies can still have faith in the US institutions that have been trying to hold America's foreign policy and interests together in the face of a wilful president.
"Certainly Trump is unpredictable," he said, adding that "in the military establishment, certainly on the uniform side" there is a respect both for democratic institutions and international law.
He may have a point. It's worth remembering that one of the key witnesses in the impeachment drama to date — one of the few people at the centre of US power who have stood up to Trump — is a serving member of the military: Lt.-Col. Alexander Vindman.
Click here for the origin:
Murray Brewster is senior defence writer for CBC News, based in Ottawa. He has covered the Canadian military and foreign policy from Parliament Hill for over a decade. Among other assignments, he spent a total of 15 months on the ground covering the Afghan war for The Canadian Press. Prior to that, he covered defence issues and politics for CP in Nova Scotia for 11 years and was bureau chief for Standard Broadcast News in Ottawa.