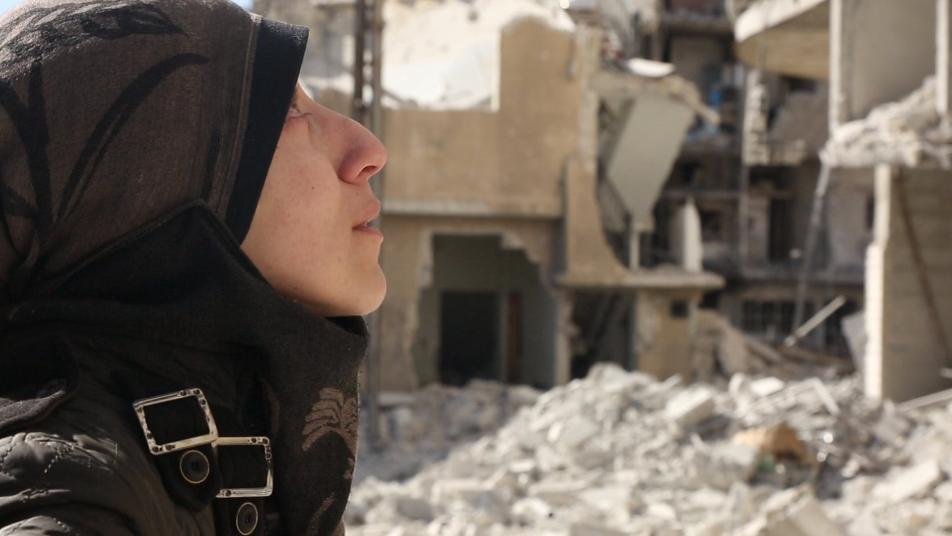 The Cave review – horror and hope in a Syrian hospital battered by war
__new_Underarticle_image_EN__
Orient Net - The Guardian
Feras Fayyad, the young Syrian documentary-maker who filmed Last Men in Aleppo (and was himself imprisoned and tortured by Bashar Assad’s regime), returns with a chilling, shaming film made over two years inside a Syrian hospital in Ghouta, the city besieged by the Syrian regime for five years until 2018.
If there is a chink of hope here it’s Amani Ballour, the hospital’s manager, a paediatrician in her late 20s. “I know this life is tough. But it’s honest,” she says. Her deep sense of purpose is humbling – it carries her through hellish days treating dozens of bloodied and badly injured children. Her gentleness with patients is desperately moving, too.
The hospital is nicknamed the Cave because of its subterranean network of tunnels. When bombing attacks by the Assad army and Russian jets are at their worst, patients are evacuated to underground operating theatres and wards for safety. Ballour’s colleagues include the urbane surgeon, Salim, who plays classical concerts on his iPhone during operations (his own hands beautifully mimicking the conductor), and a warm, funny nurse who cooks up vats of rice for staff.
I suspect Fayyad has exercised restraint in his editing of the carnage as victims of massacre after massacre are brought in, but it remains harrowing. Children gasp for breath after a chemical attack; a baby chokes on a piece of rubble; a mother wails over the body of her son.
__new_in_first_article1__
The film’s footage was shot by three cameramen inside the hospital and smuggled out of Syria. Fayyad, who now lives in Denmark, shows the everyday sexism Ballour encounters in her work. A patient’s husband bluntly tells her that a woman’s place is in the home. She’s livid: “No one can tell me what to do.” Perhaps Fayyad is making a point about a culture of aggressive masculinity. Assad is himself a trained ophthalmologist – a doctor who bombs hospitals.
To say The Cave would break anyone’s heart feels flimsy. Like Ballour, it has a purpose: to focus the world’s attention on the suffering of Syrian people.
• The Cave is released in the UK on 6 December.