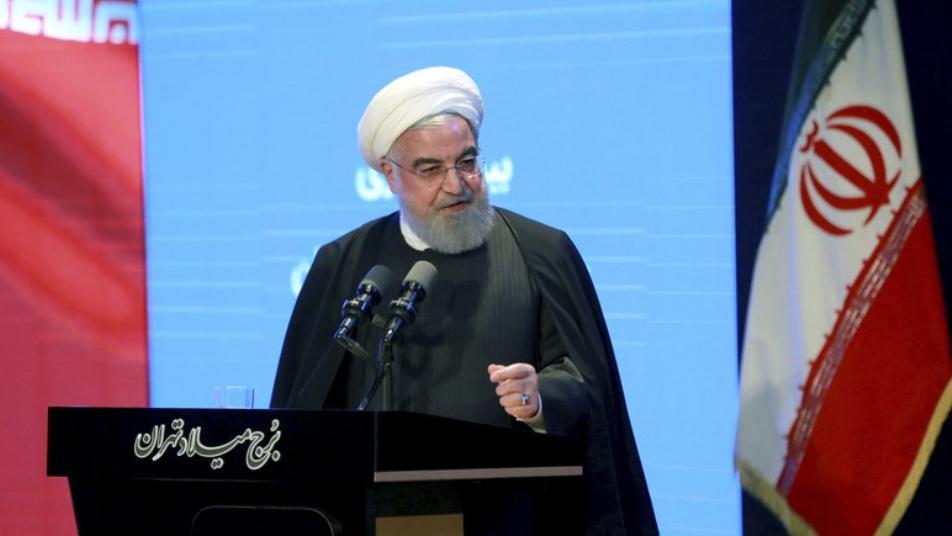 Photo from Iranian regime's presidency
Orient Net
Iranian regime’s president said on Sunday his country would depend less on oil revenue next year, in a new budget that is designed to resist crippling US trade embargoes.
Iran is in the grips of an economic crisis. The US re-imposed sanctions that block Iranian regime from selling its crude oil abroad, following President Trump’s decision to withdraw from Tehran’s 2015 nuclear deal with world powers.
“The budget sends a message to the world that despite the sanctions, we will manage the country,” Hassan Rouhani told the opening session of Parliament.
The budget will counter “maximum pressure and sanctions″ by the US, he said.
Rouhani added that the Iranian regime would also benefit from a $5 billion loan from Russia that’s being finalized.
He said the US and Israel would remain “hopeless” despite their goal of weakening Iran through sanctions.
The next Iranian regime's fiscal year begins March 20, with the advent of the Persian New Year. The budget is set to be about $40 billion, some 20% higher than in 2019. The increase comes as the country is suffering from a 40% inflation rate.
Edited from AP