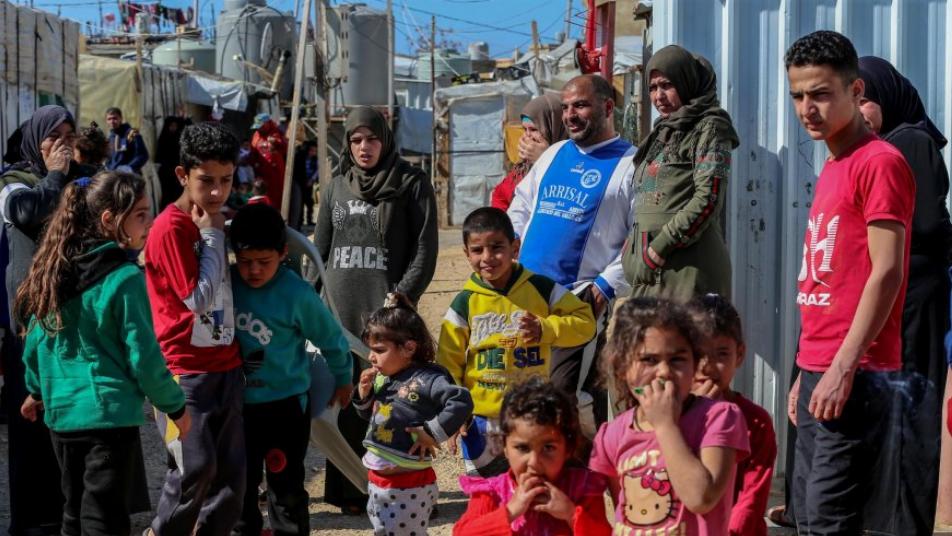 Syrian refugee families at the refugee camp of Mohammara, Akkar province, northern Lebanon | Photo: ARCHIVE/EPA/Nabil Mounzer
Orient Net
The European Union will grant €297 million ($329 million) to support Syrian refugees and host communities in Jordan and Lebanon, the European Commission announced on Thursday (December 5).
The newly adopted assistance package aims at improving healthcare and living conditions of the Syrian refugees and host communities, as well as creating new job opportunities and social protection.
The EU Regional Trust Fund in Response to the Syrian Crisis provides financial aid. It was originally set up in 2014 to tackle the humanitarian crisis caused by the Syrian war. The EU now decided to extend the mandate of the aid fund until 2023.
“The work of the EU Trust Fund has been instrumental in providing vital assistance to refugees fleeing the Syrian war and to countries hosting refugees,” said Oliver Varhelyi, EU commissioner for neighborhood and enlargement.
He also added that the extension “allows us to continue our support to people in need and to the whole region".
The biggest part of the assistance (€70 million) will sponsor healthcare in Lebanon, while €48 million will be spent on improving public water and wastewater services in the country. The Lebanese economy will be boosted by additional help of €45 million.

Jordan will receive €59 million to “strengthen the self-reliance of refugees and host communities”, which includes training programs and support for creating job opportunities for Syrian refugees. The refugee camps and the neighboring communities can also improve their waste management system from a €39-million tranche of the financial package.
The two countries will benefit from a €36-million grant to help Palestinian refugees from Syria.
Based on AA