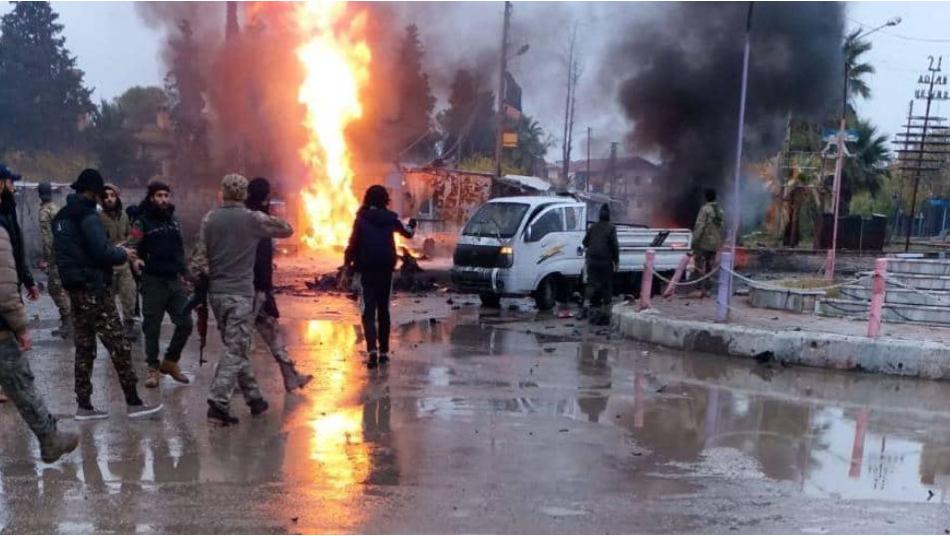 Orient Net
An explosion took place on Thursday (December 5) in the town of Ras al-Ayn in Hasaka northern countryside, killing and injuring civilians, local sources said.
The explosion was caused by a car bomb at the Joz al-Qetneh roundabout in the heart of the city, the sources added.
This is the second explosion in Ras al-Ayn within 24 hours as at least two civilians were killed while others were injured, including children and women on Wednesday, according to the Euphrates Ayn Facebook page.
No group has claimed responsibility for the attack, but opposition fighters in the Syrian National Army say that these attacks are usually carried out by the PKK-affiliated YPG militiamen.
Ras al-Ayn is in the north of Syrian, it was captured by the Turkish military-backed Syrian National Army in the Operation Peace Spring last October.