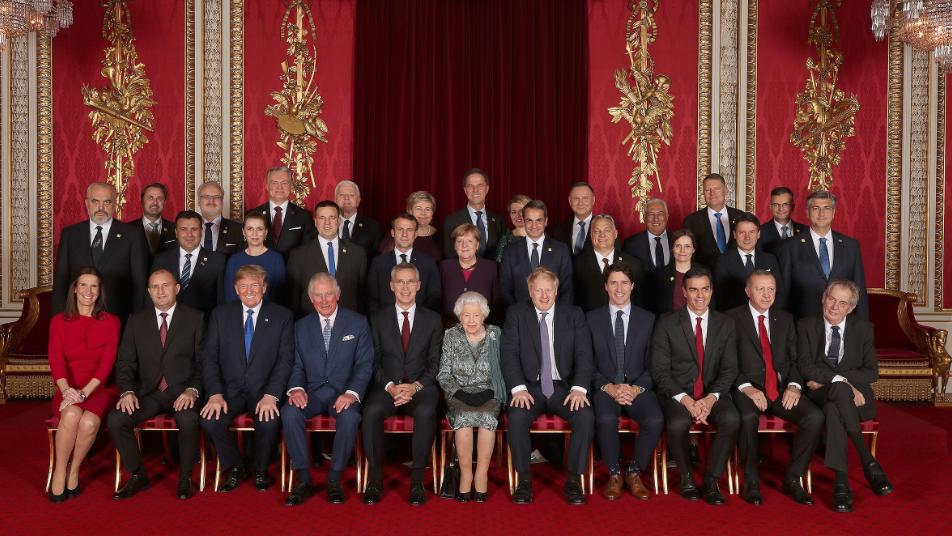 Queen Elizabeth hosts NATO leaders at Buckingham Palace
NATO leaders attended a reception hosted by Britain's Queen Elizabeth at Buckingham Palace on Tuesday (December 3), as the first day of the organisation's two-day summit drew to a close.
The Queen was joined by her heir, Prince Charles, his wife Camilla, the Duchess of Cornwall, NATO Secretary-General Jens Stoltenberg and various government heads - many of whom have been openly voicing disagreements within the alliance
US President Donald Trump and his French counterpart Emmanuel Macron clashed about the future of NATO before the summit, intending to celebrate the 70th anniversary of the Western military alliance which kicks off officially on Wednesday (December 4).
__new_in_first_article1__
In sharp exchanges underlining discord in a transatlantic bloc hailed by backers as the most successful military pact in history, Trump demanded that Europe pay more for its collective defence and make concessions to US interests on trade.
But German Chancellor Angela Merkel said she was going into the summit with a sense of optimism despite differences between the alliance's members over its health.