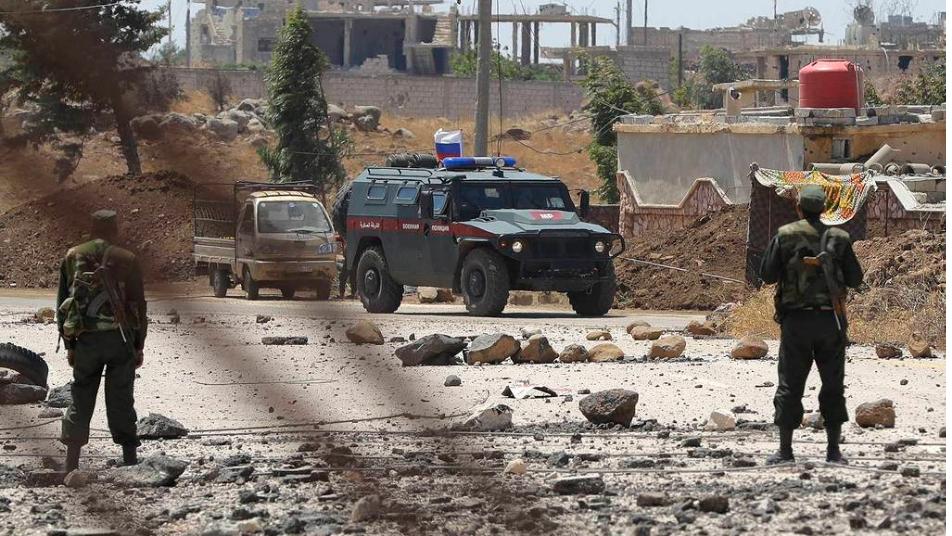 © AP Photo/Sergei Grits, archive
Orient Net
An improvised explosive device (IED) has gone off in front of a Russian armoured police vehicle in Syria, Russia’s Defence Ministry said on Monday (December 2).
According to the ministry's statement, the incident occurred as a Russian-Turkish joint patrol conducted route reconnaissance some 1.5 kilometres to the west of the Ayn al-Arab (Kobane) city of Aleppo countryside in northern Syria.
The three mercenaries who were in the vehicle at the moment of the explosion sustained minor non-life-threatening injuries, the ministry added. There was some damage to the vehicle as well.
The death toll of Russian soldiers killed in Syria has reached to more than 100 soldiers since its direct military intervention on Sept. 29, 2015 to bolster Assad regime. However, Russian activists confirm that the death toll of the Russian soldiers is much higher.