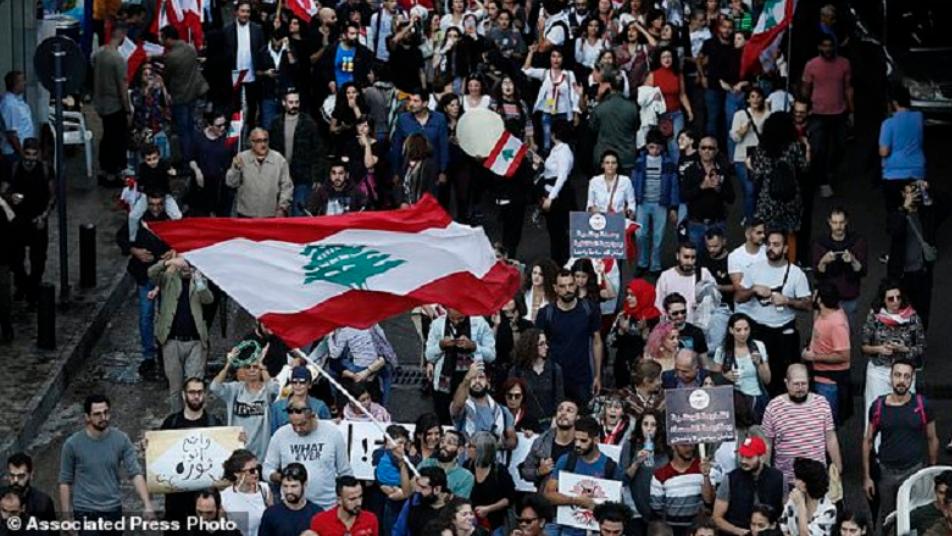 Lebanese protesters wave their national flag, as they march in Beirut, Lebanon, Sunday, Dec. 1, 2019. (AP Photo/Hussein Malla)
Orient Net
Lebanon´s armed forces have deployed near the presidential palace east of Beirut to prevent friction between rival Lebanese protesters as the stalemate over forming a crisis government continues.
Anti-government protesters had called for a rally Sunday (December 1) outside the Presidential Palace in Baabda to press President Michel Aoun to formally begin the process of forming a new government. Prime Minister Saad Hariri resigned over a month ago amid nationwide protests accusing the political elite of corruption and mismanagement of the economy.
Lebanese protesters carried out an Arabic banner that reads, "Down with the civil war regime," as they march in Beirut. 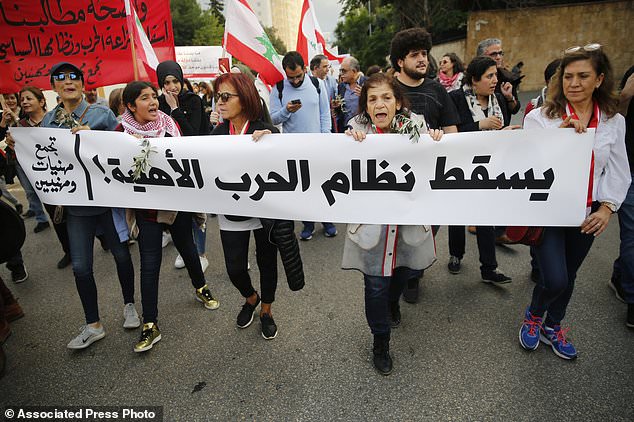 The call prompted a counter-rally by supporters of Aoun who called him a "red line." Army soldiers formed a human chain to separate the groups on a highway leading to the palace, preventing clashes.
Meanwhile, hundreds of anti-government protesters marched toward central Beirut amid a deepening economic crisis.
Based on AP