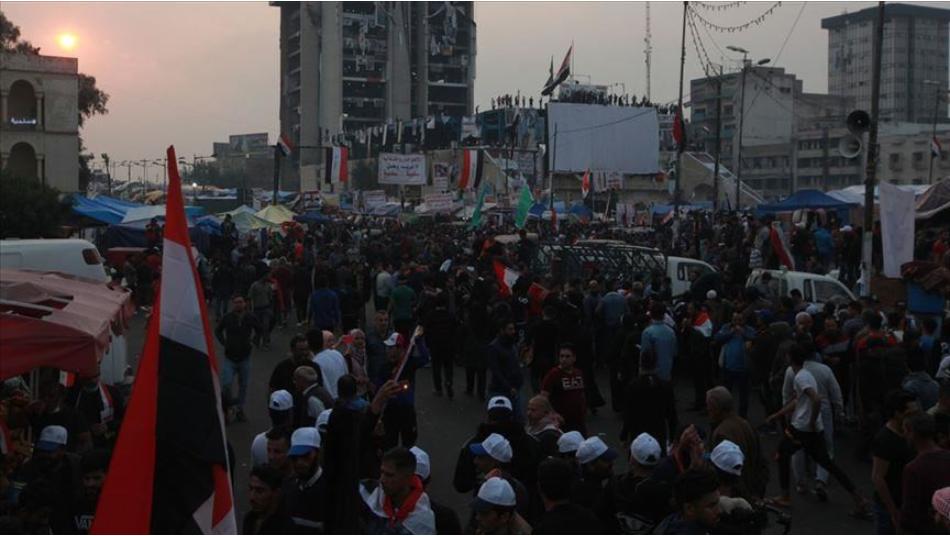 Photo: AA
Orient Net - AA
Angry protesters set fire to the house of the military commander of Dhi Qar province in southern Iraq on Sunday, according to a local police source.
"Hundreds of demonstrators burned the house of Jameel al-Shimmary, who was tasked with handling security in the province," the source, who asked to remain unnamed, told Anadolu Agency.
Al-Shimmary was appointed last week before being sacked over the death of 35 protesters by security forces in the province this week.
Iraq has been rocked by mass protests since early October against poor living conditions and corruption. Protesters’ demands later spiraled into calls for dissolving Abdel-Mahdi's government.
On Saturday, Abdul-Mahdi officially tendered his resignation to parliament.
According to Iraq's High Commission for Human Rights, at least 406 Iraqis have been killed and 15,000 have been injured since protests began Oct. 1.