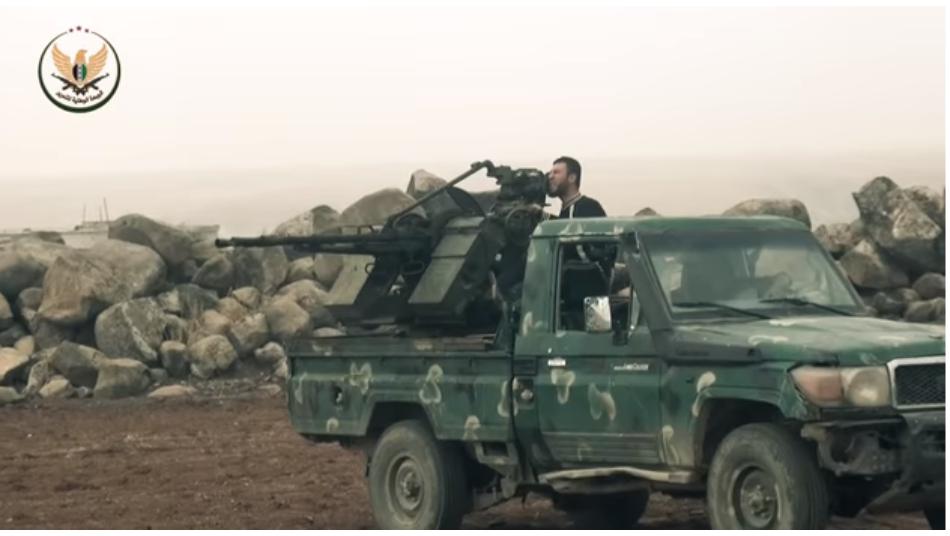 Opposition's National Front for Liberation liberates villages in Idlib
__new_Underarticle_image_EN__
Orient Net
Fighters in the Syrian opposition's National Front for Liberation (NFL) liberated on Saturday (Nov 30) villages, advancing in Idlib eastern countryside,  Orient News correspondent said.
The powerful group posted footage on YouTube, showing the moments of the launched offensive on the Assad militias near the village of Ijaz where Assad militias were killed or captured.

__new_in_first_article1__
"God willing, we will revenge for our martyrs and martyrs’ mothers. We will expel Assad militias from Idlib eastern countryside," one of the fighters in the group said.
Many Assad attempts of progress were thwarted in Tell Dam where vehicles and military equipment  were destroyed.
Assad militias have been on the offensive in Idlib countryside since April this year, and occupied the town of al-Habit in the southern countryside of Idlib and Khan Sheikhoun city, which is located 11 km east of al-Habit and one of the important opposition strongholds in Idlib, in late August.