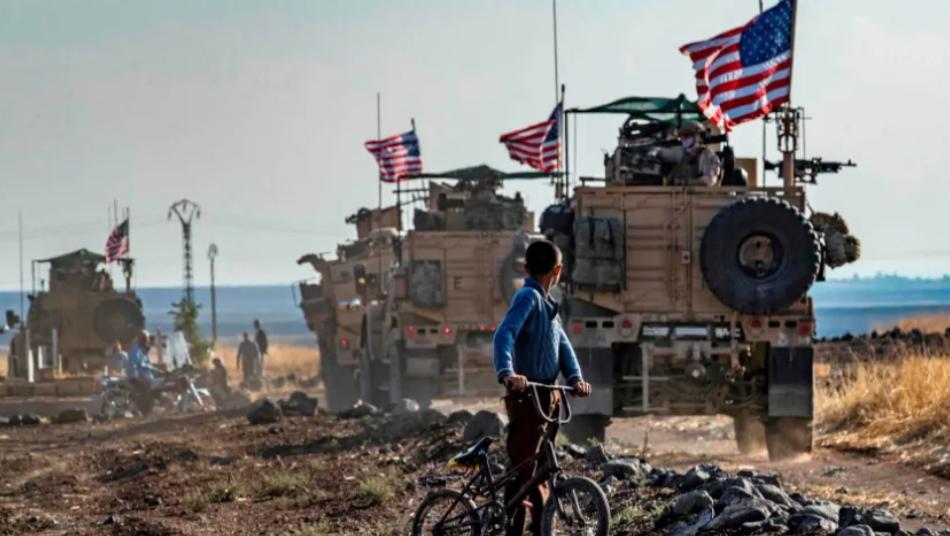 US armored vehicles patrolling fields near the northeastern Syrian town of Qamishli near the Turkish border, October 31, 2019 - AFP
__new_Underarticle_image_EN__
Orient Net
Washington will step up its forces and expand the war on ISIS with the Kurds, who hope to win a seat at the negotiating table. Meanwhile, Russia’s efforts at ending the conflict have failed and the Iranian regime is watching closely.
“I don’t have an end date” for the withdrawal of US troops from Syria, Gen. Kenneth McKenzie, the head of US Central Command, told a press conference Saturday. It seems, then, that Donald Trump’s controversial decision last month to withdraw all American forces from the combat zones in northern Syria has fizzled out.
On Wednesday, the American forces even got a boost from armored forces that included three tanks and three other armored vehicles in addition to a logistics unit that crossed into Syria from the Kurdish region. According to McKenzie, these forces, in cooperation with the Kurdish militias, will broaden their operations against SISI in the Deir ez-Zoor province.
__new_in_first_article1__
The US justification for the continued involvement of some 1,000 soldiers, to be joined by additional forces, can be found in the American intelligence reports saying that ISIS terrorists  are regrouping to carry out attacks, and that the Turkish and Russian forces operating east of the Euphrates don’t plan to counter this revamp.
This explanation contradicts Trump’s declaration that ISIS has been defeated and American troops have finished their mission in Syria. But it seems that despite the concerns about ISIS attacks, the group is an excuse for the US president to backtrack on his decision to withdraw from Syria given the criticism in Congress, including from Republicans who were furious when America’s Kurdish militias were abandoned.
The report is based on Haaretz