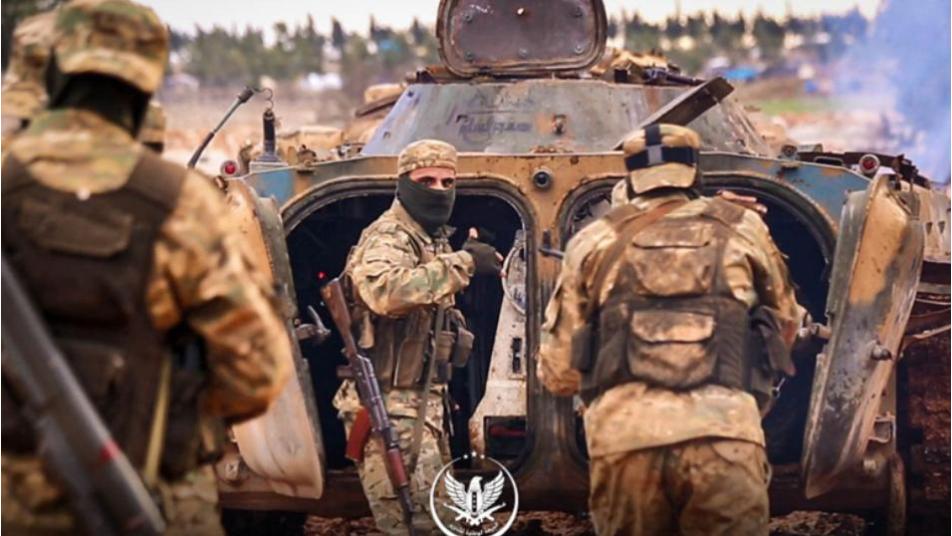 Orient Net
Syrian opposition fighters in the National Front for Liberation (NFL) have repelled an incursion attempt by Assad militias in Idlib countryside, causing losses to the latter.
Orient correspondent said that the opposition factions thwarted on the early hours of Saturday (November 30) regime’s incursion attempt on Tell Dam battlefront, detaining one Assad militiaman and killing all his companions.
An Assad tank was also destroyed on Saturday by anti-armor missile on the front of Sarja.
On Friday, the Response Coordination Group (RCG) documented the displacement of 11,812 people in the past 24 hours, raising the number of displaced people within this month to 61,229 civilians.
Assad-Russian warplanes have committed dozens of massacres in Idlib and Hama countryside since they launched their bombing campaign on the 30th of April, largely violating the de-escalation zone deal reached between Russia and Turkey.
قيم هذا المقال 19 0