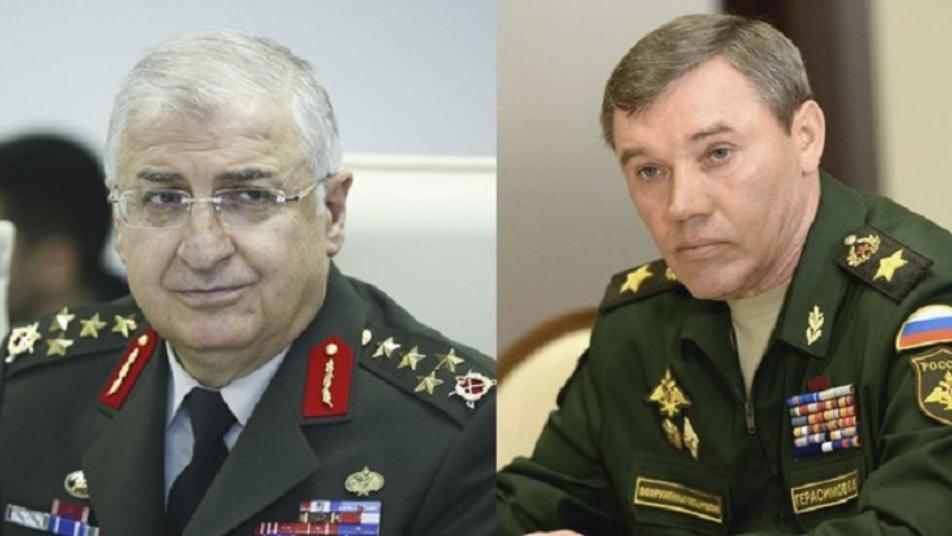 Orient Net
Turkish and Russian military chiefs held a phone call to discuss recent developments in Syria, the Turkish military said on Thursday (November 28).
Turkey's Chief of General Staff Yasar Guler and his Russian counterpart Valery Gerasimov exchanged views on Syria where the two countries hold joint patrols under a deal, the Turkish Armed Forces said on Twitter.
Earlier on the same day, Russian officials had a meeting with the PKK terrorist group's Syrian offshoot, the People's Protection Units (YPG), in Ayn al-Arab, allegedly reassuring the terrorist group that they will do their best to ensure that the Turkish military does not attack the area.
No further details were provided over the phone conversation.
As part of a deal, Ankara and Moscow agreed on Oct. 22, both countries have so far carried out a total of 11 joint patrols east of the Euphrates River in northern Syria.
Turkey on Oct. 9 launched Operation Peace Spring to eliminate YPG/PKK terrorists from northern Syria east of the Euphrates River in order to secure Turkey's borders, aid in the safe return of Syrian refugees and ensure Syria's territorial integrity.
Based on DS