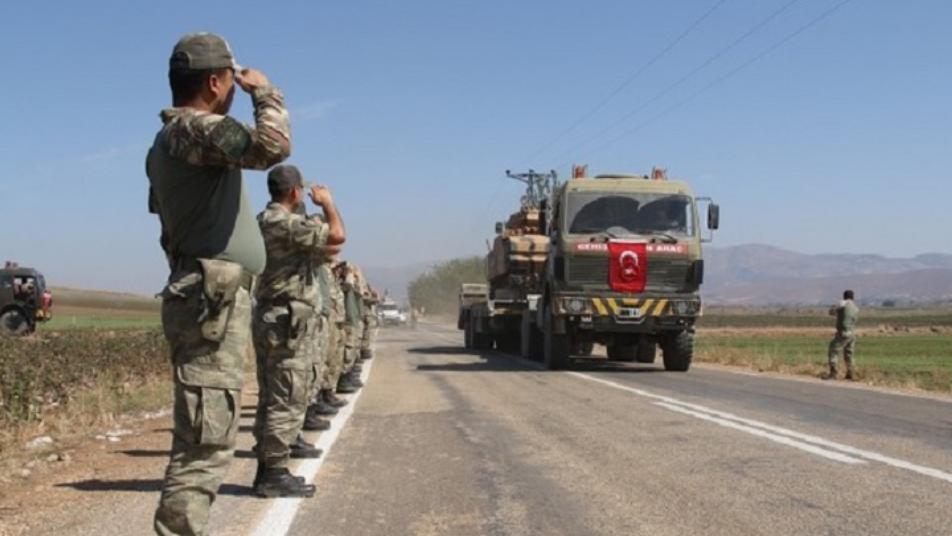 AA File Photo
Two Turkish soldiers were killed in southern Turkey in a mortar attack near a military base in the town of Akcakale on the Syrian border, Turkey's defence ministry said on Thursday (November 28), adding that Turkey had retaliated.
The attack took place on Wednesday and targeted a base across from the Syrian town of Tel Abyad, which Turkey and Syrian National Army (SNA) seized in a military operation against the Kurdish YPG militia last month, the defence ministry said.
Turkish forces had immediately opened retaliatory fire towards the source of the attack, a ministry statement said, and operations in the region continued.
Turkey on Oct. 9 launched Operation Peace Spring to eliminate YPG/PKK terrorists from northern Syria east of the Euphrates River in order to secure Turkey’s borders, aid in the safe return of Syrian refugees, and ensure Syria’s territorial integrity.
Based on Reuters
قيم هذا المقال 18 0