Lebanon's Hariri says he does not want be PM 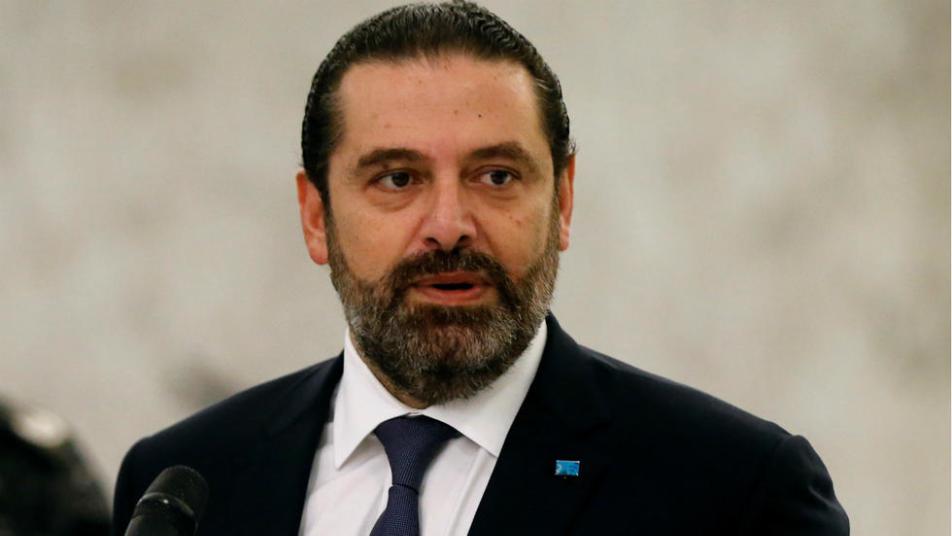 Lebanon's caretaker Prime Minister Saad al-Hariri speaks after meeting with President Michel Aoun at the presidential palace in Baabda, Lebanon, on November 7, 2019. Mohamed Azakir, Reuters
Orient Net
Lebanon’s Saad al-Hariri said on Tuesday (November 26) he did not want to be prime minister of a new government, putting the onus on adversaries including the Iran-backed group Hezbollah to find an alternative who can steer the country out of crisis.
Hariri, who is Lebanon’s leading Sunni Muslim politician and is aligned with Western and Gulf Arab states, said his decision was final. He quit on Oct. 29 in the face of nationwide protests against Lebanon’s ruling elite over rampant state corruption.
His decision leaves no clear frontrunner to form a government that must tackle the worst economic crisis since the 1975-90 civil war. The post is reserved for a Sunni Muslim in Lebanon’s sectarian power-sharing system.
Five weeks since the protests began, the situation facing Lebanon is as grave as any since the end of the civil war, raising concerns for the stability of a heavily indebted state riven by sectarianism.
Hezbollah and its allies had wanted Hariri to return as premier but rejected his demand for the formation of a cabinet of expert ministers with no political parties represented. Instead, they sought a government comprising both technocrats and politicians.
“I am sticking by the rule ‘not me, rather someone else’ to form a government that addresses the aspirations of the young men and women,” Hariri said in a written statement.
“I have full hope and confidence, after announcing this clear and decisive decision, that the president of the republic will immediately call the binding parliamentary consultations” to designate a new prime minister, he said.
A prominent contractor mooted by political sources as a candidate, Samir Khatib, told Lebanese broadcaster MTV he was ready to take on the job if there was consensus in his favor.
A statement from Hariri’s office denied he had proposed names currently circulating on social media and said his choice would be determined when the formal process of designating the prime minister had begun.
Based on Reuters