Turkey: Operation Peace Spring in Syria to go on until goals met 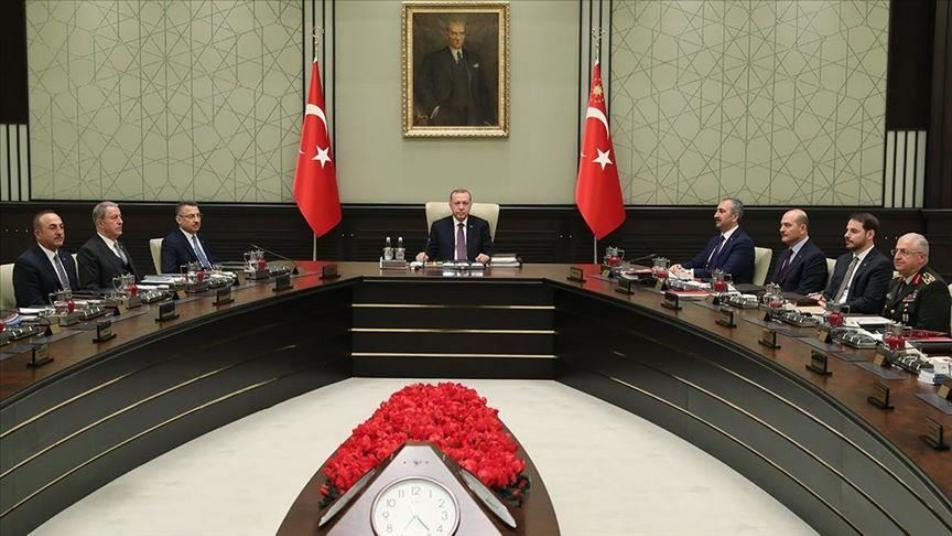 Turkey: Operation Peace Spring in Syria to go on until goals met
Turkey will press ahead with its anti-terror operation in northern Syria until its goals are reached, said the country’s National Security Council on Tuesday (November 26).
Operation Peace Spring, launched last month, “which contributes to peace and stability in the region, will continue until it reaches its goals, while taking all precautions to prevent harm to civilians,” the council, chaired by Turkish President Recep Tayyip Erdogan, said in a statement after meeting at the presidential complex in Ankara.
The council also said that Turkey expects the US and Russia to fulfill their agreements with Ankara as soon as possible to clear terrorists from areas of northern Syria, including Tal Rifat and Manbij.
__new_in_first_article1__
The council reiterated that Turkey will continue its determined fight against the terror group ISIS and is open to any cooperation towards that end.
“We call on the international community to support Turkey, which aims for the safe and voluntary return of Syrians to their country without any discrimination based on ethnicity or religion,” the council also said.
Turkey on Oct. 9 launched Operation Peace Spring to eliminate YPG/PKK terrorists from northern Syria east of the Euphrates River in order to secure Turkey’s borders, aid in the safe return of Syrian refugees, and ensure Syria’s territorial integrity.
Based on AA
قيم هذا المقال