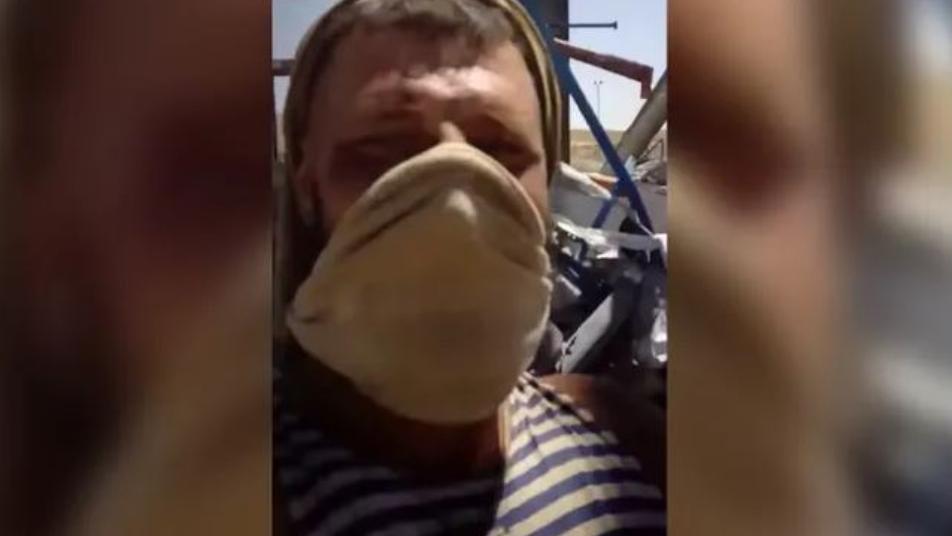 Novaya Gazeta / YouTube
Orient Net
The St.-Petersburg-based website Fontanka reported on Friday, November 22, that it’s identified one of the suspected Russian mercenaries who appear in a video showing the torture and execution of a man in Syria in 2017.
The individual is supposedly a 39-year-old ex-soldier from Bryansk named Ruslan with alleged ties to the “Wagner” private military company. Sources who know the man told Fontanka that they recognized him from the photo published by the newspaper Novaya Gazeta showing the men posing together beside the dismembered, hanging body.
According to Fontanka, Ruslan previously served in Chechnya. People who know him say he traveled to Syria for business in 2017. Fontanka tracked down Ruslan’s passport records and discovered that he flew to Syria on a charter flight from Rostov. The website’s sources say he’s now employed as a children’s “patriotic educator.” On social media, journalists found pictures of him dressed in a Cossack uniform.
Ruslan told Fontanka, however, that he’s never been to Syria, has never worked for a private military company, and never left Bryansk in 2017. He reportedly promised to send the website a copy of his passport, but never did. He also said he currently volunteers at the Gagarin Governor's Palace of Children and Youth Creativity in Bryansk and participates in the school's navigation competitions.
On November 20, Novaya Gazeta published new evidence in the torture and beheading of a man in Syria, whose gruesome death was first revealed in a two-minute video released on June 30, 2017. The newspaper ran the image through FindClone (a neural net that matches photos to profile pictures on the Russian social network VKontakte), and the journalists say they followed the digital breadcrumbs to a man named “Stanislav D.” (Novaya Gazeta isn’t releasing the individual’s full surname, to protect the safety of his relatives). According to Fontanka’s sources, six men were involved in the torture and execution. 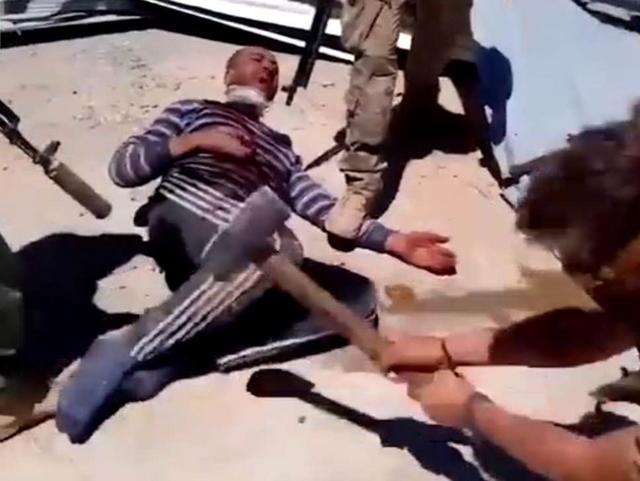 Syrian news outlets identified the victim: Mohammed Taha Ismail al-Abdullah, a Syrian man born in Deir ez-Zur in 1986, who initially fled the war in his country, before returning in 2017, when he was promptly drafted into the Assad regime’s army reserve. He later tried to desert but was caught. Syrian news outlets believe the video of his execution was recorded in the province of Homs.
Based on Meduza 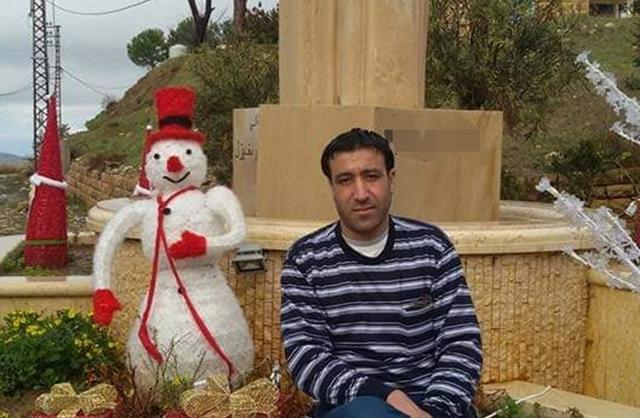