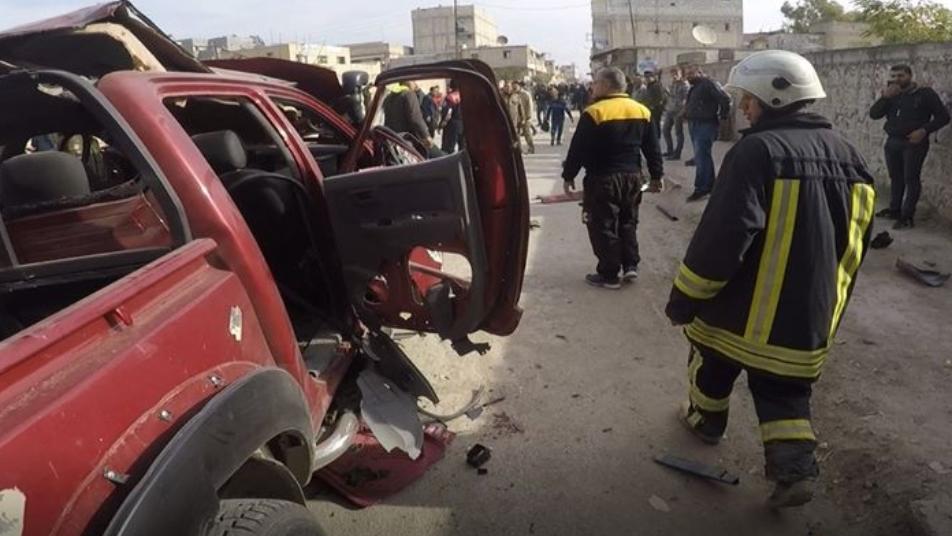 Two civilians were killed on Monday (November 25) in the city of Azaz in Aleppo northern countryside, Orient correspondent said.
The two civilians were killed after an improvised explosive device (IED) exploded in a car in Suq al-Hal, killing two civilians on their motorbike and injuring a man and causing material damage.
No group has claimed responsibility for the attack.
Earlier this month, 18 civilians were killed and others injured after a car bomb blast ripped through in the passenger terminal in the heart of al-Bab city in Aleppo countryside.
Several explosions have ripped through the densely populated opposition-held areas in northern Syria, including areas controlled by the Turkey-backed opposition factions.
قيم هذا المقال 29 0