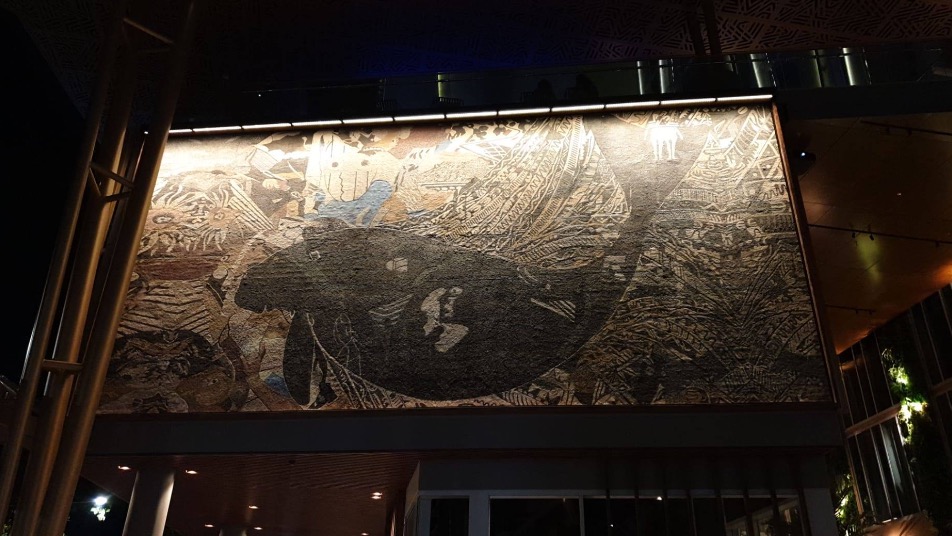 During the opening ceremony of Crystalbrook Collection's spectacular new hotel, Bailey, in Australia's Cairns at an event filled with art, entertainment, sparkle and excitement, Ghassan Aboud, the Ghassan Aboud Group's owner narrated the story of  a mosaic painting, Dolly the Dugong.
Dolly the Dugong is a magnificent mosaic artwork above you was created in Hatay, Turkey by 25 highly skilled Syrian artists who were forced to flee Syria, Ghassan Aboud told the guests.
Each of these artists are employed by Orient for Human Relief, a foundation started by Crystalbrook Collection owner, Ghassan Aboud. 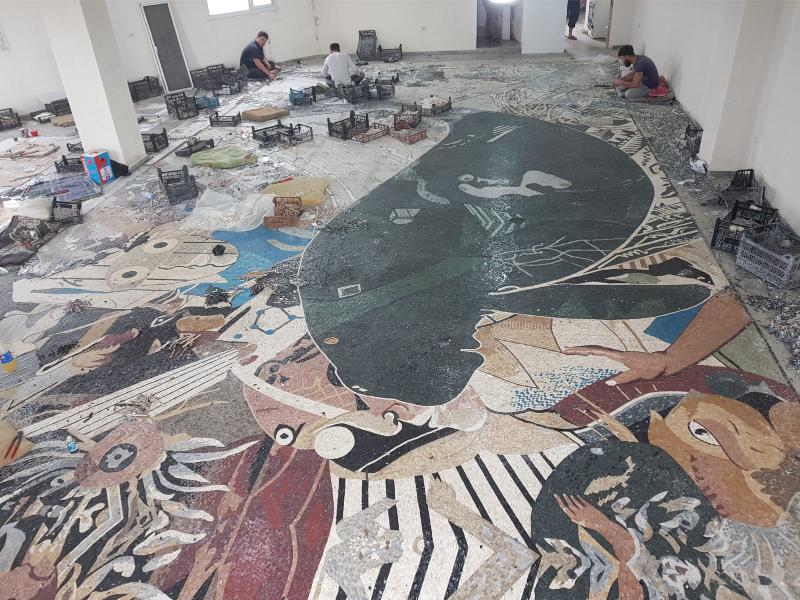 The young men who made this heritage were from Khan Sheikhoun in Idlib and they are highly educated, Aboud added hoping that this piece of art could bring awareness, understanding and peace for the two great nations of Australia and Syria.
Dolly the Dugong took 5,000 hours to complete and comprises of six tonnes of marble broken into over 500,000 pieces.

The relation between Dolly and Dolly the Dugong
__new_in_first_article1__
This artwork depicts a Cairns icon dating back to the 1970s, when Dolly was accidentally caught in a Barramundi net.
Dolly was taken in by Vic Oke, manager of the Cairns Oceanarium. Vic fed Dolly milk from a bottle along with sea grasses. The people of Cairns became very attached to Dolly and equally Dolly became attached to the people of Cairns. The community was said to be devastated when Dolly died sometime later.
High officials attended the opening ceremony
Over 250 of Queensland’s leading business people along with dignitaries, including The Honourable Annastacia Palaszczuk MP, Premier of Queensland and Mr Dave Stewart, Director-General, Department of the Premier and Cabinet for Queensland.
Crystalbrook Collection is owned by Ghassan Aboud Group. The group is one of the leading hoteliers in Australia.
Ghassan Aboud among most influential expats in Queensland
Ghassan Aboud Group recently opened four luxury hotels. They are expected to open two more hotels next year. It operates a pastoral farm with all the needed subsidiaries. The group has a luxury marina for yachts. The Australian media also named Ghassan Aboud one of the most influential expats in Queensland. This honour came after he invested more than $750 million in the region, creating jobs and helping to develop the area.
قيم هذا المقال 21 0