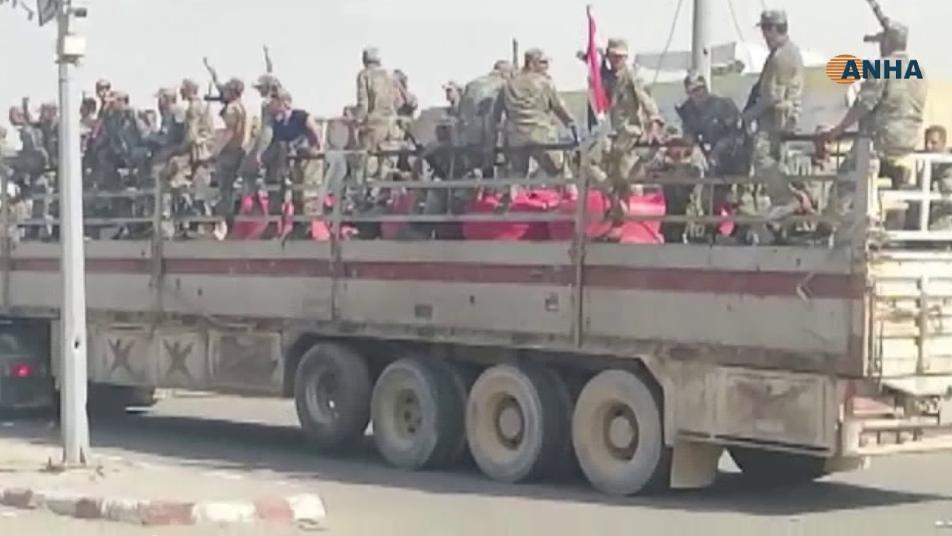 Orient Net
PKK-affiliated Syrian Democratic Forces (SDF) withdrew on Saturday (November 23) from positions in Raqqa northern countryside, Orient learnt from local sources.
Assad militias also withdrew from their positions into the Brigade 91, rejecting to back the SDF as the Syrian National Army (SNA) fighters were advancing on the outskirts of Ein Issa.
The highway between Aleppo and Hasaka has become under the control of SNA after liberating the village of Sayda.
A source in the SNA said a new offensive was launched on the outskirts of Ein Issa. Locals were reported to have fled their houses until the clashes end.
On Oct. 9, Turkey launched Operation Peace Spring to eliminate "terrorists" from northern Syria east of the Euphrates River in order to secure Turkey’s borders, aid in the safe return of Syrian refugees and ensure Syria’s territorial integrity.
Ankara agreed with Washington on Oct. 17 to pause its operation for 120 hours to allow YPG/PKK to withdraw from the planned zone.
On Tuesday (Oct. 22), Turkish President Recep Tayyip Erdogan and his Russian counterpart Vladimir Putin held a "historic" meeting in the Black Sea resort town of Sochi just hours before the pause was set to expire.