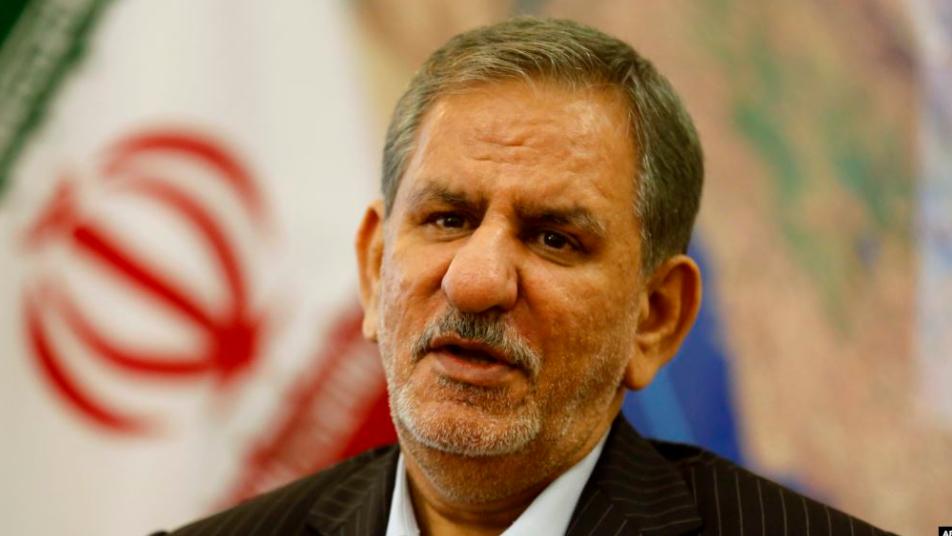 Orient Net
Iranian regime’s Vice President Eshaq Jahangiri on Saturday warned regional countries of unspecified dire consequences if it is proven that they meddled to stoke unrest in Iran, the semi-official news agency Fars reported.
"Some countries in the region should know that they will not have an easy life in the region if clues are found that show they intervened to create unrest in Iran," said Jahangiri, quoted by Fars.
Iran has blamed "thugs" linked to exiles and foreign foes - the United States, Israel and Saudi Arabia - for stirring up unrest following hikes in gasoline prices which led to the detention of about 1,000 demonstrators and some of the worst violence in a decade.
Iranian regime's regional rival Saudi Arabia and its arch-foe Israel have backed US moves to reimpose sanctions that have crippled Tehran's economy, after Washington withdrew from the Islamic Republic's 2015 nuclear deal with world powers.
Iranian militias of the elite Revolutionary Guards helped police quell violent unrest in Kermanshah province this week, Iranian officials said on Saturday, accusing "US agents" of being among the armed protesters.
Rights group Amnesty International said at least 30 people were killed in the western province, making it the worst-hit by days of protests over gasoline prices rises in which more than 100 people were killed nationwide.